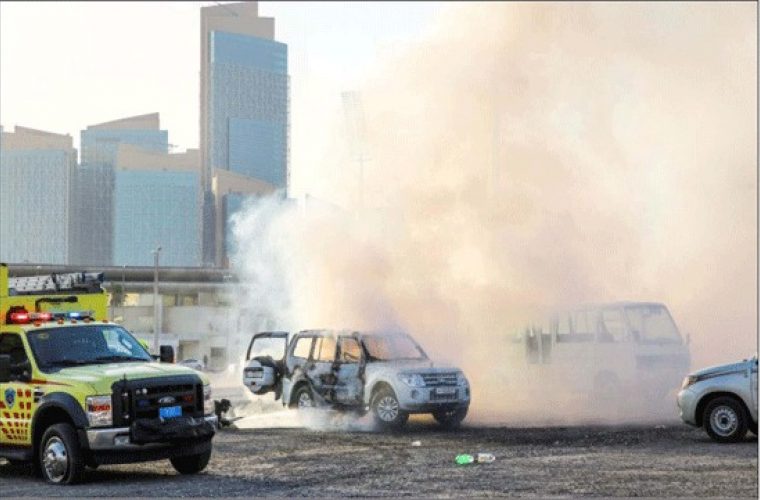 At least four Qataris died and one was critically injured in a road mishap in the Industrial Area in the early hours of the first day of Eid Al Fitr yesterday.

The injured is receiving treatment, while the bodies have been kept at Hamad General Hospital (HGH) morgue.

Details, including the cause of the accident, were not immediately available. Emergency services rushed to the scene and moved the injured to HGH.

Three died on the spot and one after reaching HGH Emergency, while the other was admitted with critical injuries at Trauma Intensive Care Unit at HGH, Al Sharq reports, adding the accident was among 90.

However, majority of the accidents were minor.

Ambulance Service at Hamad Medical Corporation (HMC) received 80 calls related to mishaps between 3am and 6pm.

In a separate incident, a vehicle caught fire near Al Saad.

A 13-second video posted on a social media site showed a white colour SUV in flames at a fully packed parking lot.

Although no official information was released about the incident, it was evident from the video that a parked vehicle caught fire soon after Eid prayers in the morning as the video was posted at 6.4am.

Meanwhile, the General Directorate of Traffic concluded Ramadan traffic awareness campaigns on the Corniche and in other areas of Doha.

The campaign under the theme ‘Ramadan with Safe Driving,’ focused on speed limits, use of seat belts and avoiding the use of mobile phones while driving.

Statistics on road accidents during Eid show the number of deaths from injuries during Ramadan reduced by 40 percent last year compared to 2013, according to HMC.

Every year, Hamad Trauma Centre admits up to 900 patients with severe injuries as the number of accidents rises during the holy month.

The number of deaths was more than double during Ramadan in 2013 compared to other months, especially with regard to young men who are more likely to be involved in serious accidents.