Fifteen signs you have lived in Qatar too long 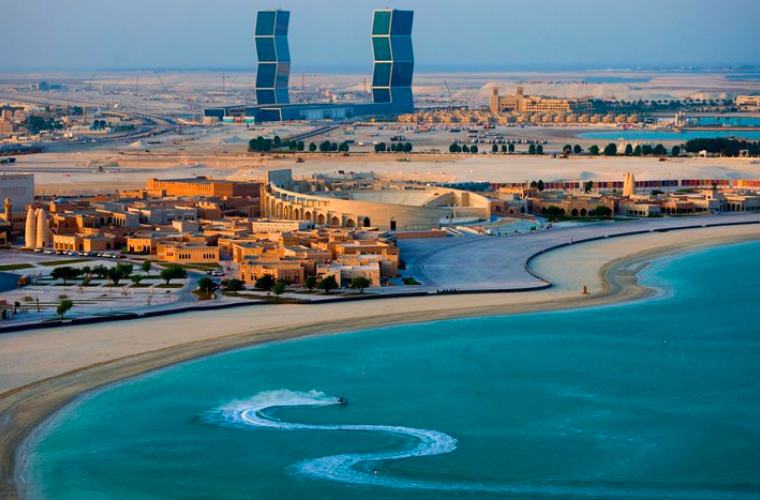 A British expat takes a tongue-in-cheek look at the worrying signs to look out for after an extended period living in the world's wealthiest country Slowly, surely, and subtly, Qatar creeps up on you until you realise that what was bizarre, frustrating or terrifying in your first months of Doha-dwelling has become an unremarkable part of daily life. Here are the signs:

1) When you navigate the city using five-star hotels as landmarks. The lack of post codes, the constantly shifting road system and the fact that Google maps is, at best, a vague approximation of what the city might once have looked like means that sentences like “turn right when you see the sign for the Kempinski, go past the W, head right at the crossing and you should see the Marriott…” are commonplace.

2) When you no longer find the names of roundabouts amusing. Qatar operates on an exaggerated one-way system, with all roads being connected to all other roads by a series of roundabouts. These are often named after whatever happens to be on them or near them. TV roundabout sits next to Al Jazeera TV station while Slope Roundabout is built on a slight incline and Burger King Roundabout is, well, let’s say it isn’t near a McDonald’s.

3) When this is a totally normal thing to see.

4) When it reaches 20 degrees, you reach for a jumper.

5) When you forget how doors work. A few weeks after I arrived, someone I was interviewing said he once went back to the States and walked up to a door. It wasn’t automatic and no-one opened it for him so he stood there for a full five seconds before remembering what he had to do.

6) When you forget how to do loads of other things too. A lot of people fail to adjust to the absence of Qatar’s excessive service culture on returning home. There is someone to make your coffee for you at work, someone to fill your car with petrol and, if you honk loud enough, even someone to come out of the local shop, take your order through the car window, run back to the shop, and bring your shopping back to your vehicle for you. I’m pleased to say that I haven’t been in Qatar long enough to think this is anything but insane.

7) When speed limits and red lights are just gentle suggestions... ...and when it is no longer shocking for someone to make a left turn from the far right lane while navigating one of the 50 roundabouts you have found yourself on in the space of your five mile journey. You have also developed a tendency to change lanes whenever a Land Cruiser comes anywhere near you for fear of being run off the road.

8) When you are excessively nice to shop workers/waiters etc because you feel extreme guilt about how they are treated the rest of the time.

9) When your reply to being asked for anything is bukra Insha’allah. While the literal translation is “tomorrow, God willing” you are fully aware that anyone saying it means “maybe sometime next month, or never, whatever, where’s my karak?” (chai karak is a sweet tea made by blending black tea, cardamom, milk and as much sugar as you can muster).

11) When you head back to the West, the outfits seem shocking. Not to sound like a prude, but there were shoulders and knees everywhere. Scandalous. Additionally, how do you all not freeze to death?

13) When you get unnaturally excited about Ikea opening. I am not ashamed to admit that I went twice in a fortnight, although potentially I should be.

14) When the working week is Sunday to Thursday. What do you mean my deadline is Friday? That’s just crazy talk. Who works on a Friday?

15) When rain is a cause for a) excitement and b) everyone forgetting how to drive. Rain is miraculous and warrants stopping whatever you are doing immediately and staring fixedly at the sky. This action is not advisable if you are driving, but that doesn’t seem to stop people.For more from the Telegraph, check out their site --> [Source]

Philippa Stewart is a British journalist who moved to Qatar in September 2011. You can follow her on Twitter @Flip_Stewart or visit her blog www.flipthinks.wordpress.com.