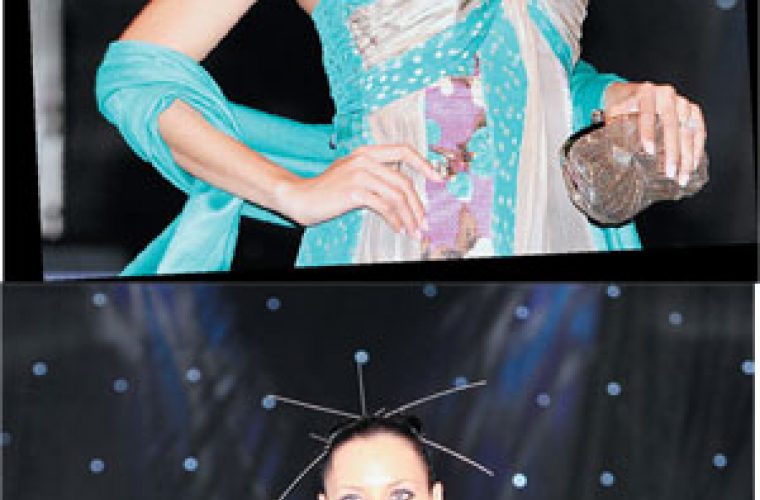 The already vibrant fashion scene of Doha got its annual dose of excitement with the City Centre Fashion Festival. Qatar Tribune reporter Ailyn Agonia and photographer Udayan Nag look back at the colourful event Fashion buffs here got a chance to feast their eyes on the hottest and latest spring/summer collections during the two-day City Center Fashion Festival which concluded with a futuristic theme on Friday. Apparel collections ranging from casual to elegant wears both for men, women and the young fashionistas as well as the trendiest abaya designs were paraded by the dashing models during the hour-long show. The programme kicked off with the parade of the stilt walkers donning ‘alien-like suit’ on the catwalk. Their presence highlighted the theme of the show ‘Moon Fashion’ which was best manifested through the hair style, make up and moves on stage of the models. “This event intends to highlight the art of fashion. The first show’s theme was Infinity Fashion while tonight we are celebrating more a space age theme or Moon Fashion. Black, silver and white dominates the design and concept of the production to suit the theme,” Lana Group International Project Manager Alexandra Bath told Qatar Tribune. Bath’s company has been organising the fashion event for City Center for the last two years. The five stunning models paraded elegant dresses, gowns, casual wears and even sleep wears for women which were creations of La Senza, Splash, Monsoon, Identity and Topshop. The collection also showed that tube tops, leggings, sandals and gladiator shoes are among the fashion must-haves for the season. The ladies even paraded a variety of abaya designs and cuts which will are available at stores Sweet Abaya and Bedoon ESSM Abayas. The men, on the other hand, sampled sporty, laid back outfits as well as the perfect sunglasses to go with a specific wear. The confidence shown by the fashionably dressed male models on stage inspired the men in the crowd on how to update their wardrobes according to the season. Among the brands they modelled were John Rocha and Maine (Debenhams). But the group of models which were applauded the most were the little fashionistas. The bubbly young trend-setters hit the runway while displaying their cool outfits and accessories that included the apparel collections from Puma, Butterfly, Pumpkin Patch and B Bush. Even the kids in the audience had fun watching the young models. Bath remarked that the fashion industry in Doha is very much alive because of the fashion conscious of Doha residents. She said that it was due to this fashion culture here that their annual fashion festival receives good response from the public. “People in Qatar are very in tuned with what are the latest in shelves or the in demand designs in the magazines. The locals most especially are very much aware of what are the ‘in things’ in the fashion industry,” Bath said. Bath said that the items featured during the show will be available at the City Center until the end of summer. http://www.qatar-tribune.com/data/20090405/content.asp?section=nation6_1