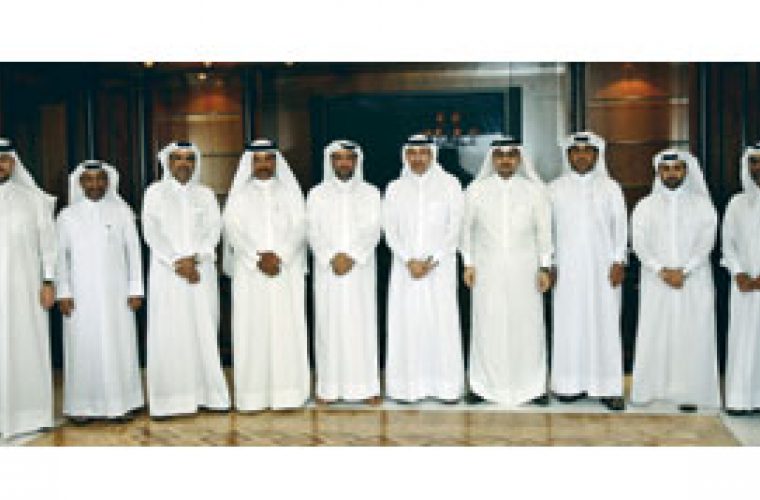 Barwa Group, one of Qatar’s leading investment and real estate companies, has held a farewell meeting in which the new chairman and new board members extended their recognition and appreciation to the previous chairman and the previous board members. The ceremony saw the entire previous management team receiving gifts to celebrate their achievements in the presence of all senior managers and directors. Hitmi bin Ali al-Hitmi, Barwa chairman, said: “As Barwa transitions from the past five years’ highly successful chairmanship of Ghanim bin Saad al-Saad, we celebrate the previous management team’s contribution to the enormous growth of the company as a result of their efforts and accomplishments. We give them our immense gratitude and thanks for all their efforts over the last five years establishing Barwa as the force it is today and the largest real estate stock on Qatar Exchange.” Al-Saad: “Barwa’s first five years have been an incredible journey for the entire management team, as we have seen the group develop into one of Qatar’s most significant companies and spread its net internationally to become recognised as a global player. Diversifying into financial investment and property services will, we hope, ascertain that Barwa has the flexibility and reach to flourish in future markets and we hope that in this way we have assured a secure future for the group.” Barwa’s recent success is reflected in 2010’s increased revenues and profit on sales and from re-appraising its real estate investments. Barwa announced net profits of QR1,405mn for the period January – December 2010, an 84% increase over QR766mn net profit for the corresponding period in 2009. Barwa exceeded growth expectations to achieve assets totalling QR74bn, representing a 111% increase over QR35bn as of December 31, 2009. Further, total revenues increased to QR8bn, compared to QR3bn in 2009. Barwa’s growth has impacted the local community by providing career opportunities for more nationals through both recruitment and professional development training programmes. It has also contributed significantly to the community through donations and other charitable activities. Barwa’s large-scale developments have made a major impact on the community and the country, dramatically changing Doha’s skyline and infrastructure.