Fan-zone cooling technology could be used in farming 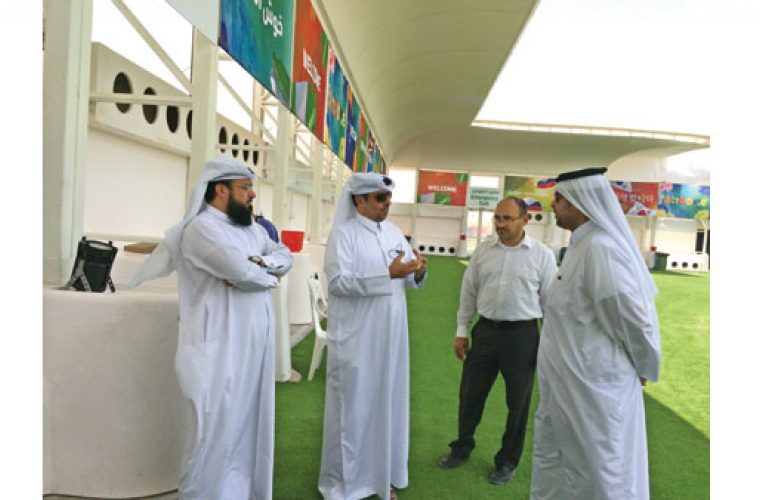 The open-air cooling technology recently used at the Aspire and Katara Fan Zones to show the FIFA World Cup Brazil 2014 matches could be employed to boost agricultural production in Qatar, a senior official has suggested.

A delegation from the Ministry of Environment (MoE), headed by Sheikh Dr Faleh bin Nasser bin Ahmed al-Thani, general director of MoE Research and Agricultural Development, paid a visit to the open-air Aspire fan zone that attracted thousands to watch the World Cup matches played in Brazil. The officials’ visit was aimed at getting introduced to the pioneer project in cooling technology for open areas and studying the possibility of transferring the technology in developing the state’s agricultural sector.

The delegation was briefed on the technology and how it could be integrated within the agricultural production process.

Masood Jarallah al-Marri, director of MoE Agricultural Research, pointed out that the technology would make a quantum leap in greenhouse farming as it would make it possible to grow larger crops with higher quality for longer periods and less cost.

He said that after an initial review, contacts would be made stakeholders like the Supreme Committee for Delivery and Legacy, Aspire Zone Foundation and Qatar University to commence the “necessary experimenting and testing processes for studying the best uses for such innovation in greenhouse farming”.

“This is obviously a pleasant spin-off, considering the fact that Qatar has been working on securing food security and investing heavily in agriculture, dairy and poultry farming, both within the country and abroad to materialise the ambitious programme,” a source in the food industry said.

The fan zone at Katara has piloted a cooling technology that will allow for large public gatherings of spectators during the tournament in 2022 and for many other events in the future.

The fan zone at Aspire, the size of a full-scale football pitch, was designed to test the cooling technology capabilities for training sites and facilities in Qatar during the 2022 FIFA World Cup.