Erdogan, Trump agree no 'cover-up' of Khashoggi murder should be allowed 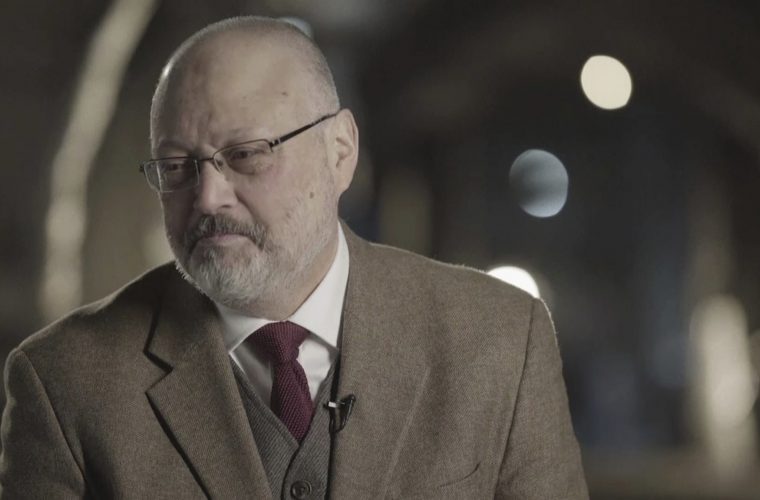 Turkish President Recep Tayyip Erdogan and his US counterpart Donald Trump agreed Friday that no cover up of journalist Jamal Khashoggi's murder should be allowed, a Turkish presidential source said after a phone call between the two leaders.

"Both leaders agreed to shed light on the Jamal Khashoggi murder in all its aspects and that any cover up of the incident should not be allowed," the source said.

Meanwhile, mourners paid their respects on Friday to the family of Jamal Khashoggi after the authorities said they had identified the culprits and cleared the crown prince of any involvement. Two of Khashoggi's brothers and one of his sons received a few hundred men in the coastal city of Jeddah a day after the Saudi public prosecutor said it would seek the death penalty for five unnamed suspects in the killing inside the country's Istanbul consulate on Oct. 2. Earlier on Friday, tens of thousands of worshippers prayed for the deceased in Mecca and Medina, Khashoggi's hometown, though the imams did not name him.
in Istanbul, dozens of people paid homage to Khashoggi at a symbolic funeral as Turkish media claimed Ankara has a second audio tape discrediting Saudi Arabia's version of the killing.
In the absence of a body, the crowd gathered at Fatih mosque in front of an empty platform traditionally reserved for the coffin.
Supporters from the newly-formed Jamal Khashoggi Friends Association were among the mourners.

Khashoggi, a critic of the Saudi leadership, was last seen entering the kingdom's Istanbul consulate on October 2.
Turkish officials say he was strangled and his body dismembered.
"We decided to hold the prayers as we are convinced that his body will never be found," Fatih Oke, executive director of the Turkish-Arab Media Association (TAM) of which Khashoggi was a member, said.
The ceremony which took place under rain, "is a message delivered to the world to say that the murder will not go unpunished and that justice will be served," said Ibrahim Pekdemir, an Istanbul resident who attended.