Emirates lashes out at US and UK terror threat.

Khalifa Al Haroon
Your friendly neighborhood Qatari
Share it!
Discuss here!
Start a discussion
Arabic newspapers lash out at US, UK terror alerts ! By Abbas Al Lawati, Staff Reporter Published: June 19, 2008, 00:04 Dubai: Arabic newspaper editorials on Wednesday launched a scathing attack on the British and American embassies for issuing terrorism warnings they considered to be lacking in justification. Opinion pieces and editorials in the country's Arabic press blamed the two countries' embassies of being irresponsible for what they claimed was the embassies' lack of coordination with local authorities and lack of elaboration on the nature of the alleged threat. A number of papers questioned the motives of the terrorism warnings, saying that politics and economics, rather than the safety of their citizens, could be driving the moves by the embassies. In a harshly worded editorial appearing on the front page of the Sharjah-based Al Khaleej, the paper lashed out at the UK, saying its well-reputed diplomacy had "gone the American way", and lost its credibility. "The British diplomat, who prefers to think during his siesta, should wait and consult the country that he has wideranging and deep ties [before issuing such warnings]." The embassies' warnings came at a time when the United States and Western countries have been calling for an increase in the production of oil to control its price. In that context, Al Khaleej asked whether there could be ulterior motives behind issuing the "hasty and light weight" warning, including controlling oil prices and arousing suspicions of "unannounced wars". "Yes, we are aware of the roots of so-called terrorism, and we know who taught it, fed it, trained it, brainwashed it and helped spread it like a virus. The frustration has spread in our blood in an unprecedented manner through hunger and poverty, injustice and corruption ... [as] the Arab nation is milked and skinned, and its honour and rights violated ... Yes, we are aware of that." The editorial went on to say that the leaders of the UAE know history well and have learned its lessons. "Are the embassies of these empires aware that empty statements like these that are lacking a sense of diplomacy, friendship and wisdom as well as lose credibility and engage in misguidance, distortion and fear mongering." Dubai-based Al Bayan questioned the "mysterious nature" of the warnings, saying they were vague and general. "If the American warning spoke about the possible existence of terrorists in the region, then what is new in that?" The editorial added that "everyone knows" that the US-British war on Iraq instigated a rise in regional terrorism. "But everyone also knows that the UAE, because of its policies, has been spared." The paper said that the UAE had prevented "the virus of terrorism" from reaching the UAE through its policy of concern for "its nation and its surroundings". "What we do not know is the objective of such warnings, which could benefit no one but the terrorists themselves." In an opinion piece entitled 'Warnings Without Justification' Abu Dhabi-based Al Ittihad columnist Ali Al Amoodi said British and American residents of the UAE were as surprised about the warnings as he was, pointing out that their daily routines had not changed. Such warnings, he added, only work to lessen the credibility of the two countries among their own citizens. He said the warnings "of no realistic justification" raised questions about the objective of their issuance, adding that the timing of the warnings was also "strange". Sami Al Reyami, editor-in-chief of Emarat Al Youm, said the warnings from the embassies were politicised "meaning they have ulterior motives", and don't have much to do with protecting their citizens. "In fact they are pressure tactics that states use as they wish," he said. "I do not mean to mock the warnings but we do have the right to pose certain questions because they make us suspicious...," he added. At the mall Official was on a 'stroll' The British Energy Secretary was "strolling" in the UAE's malls with the British ambassador the day the terror warning was issued, according to an Emirati source quoted by an Arabic newspaper. London-based Al Sharq Al Awsat quoted an Emirati source pointing out the contradiction between the terror threat warning issued by the British Foreign Office and the actions of British government ministers, saying British Energy Secretary Malcolm Wicks was spotted in Abu Dhabi with the British ambassador to Abu Dhabi. The source was responding to a terror threat warning issued by the British Foreign Office and the American embassy in Abu Dhabi, which has caused controversy in the UAE. Wicks was in Abu Dhabi on Monday in a tour of Gulf countries that also included Saudi Arabia. Source: Gulfnews.com 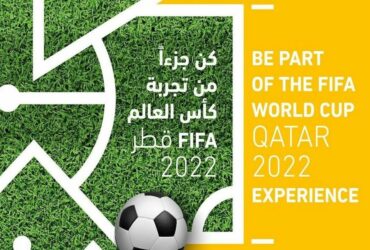