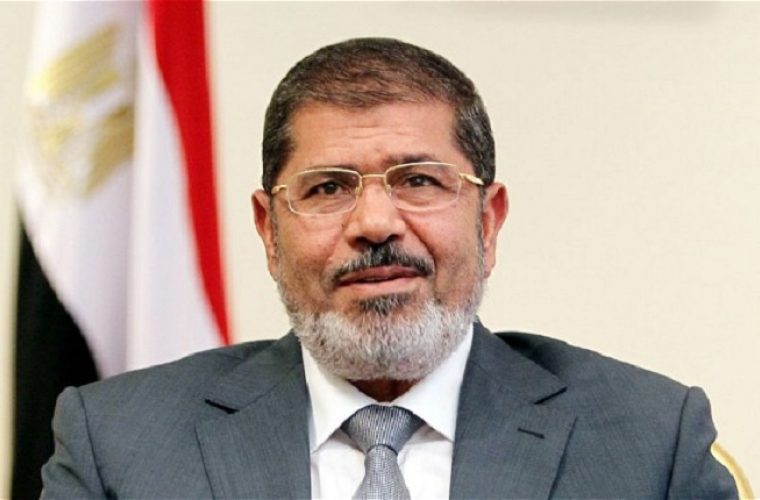 The Egyptian military has overthrown President Mohamed Morsi, announcing a roadmap for the country’s political future that will be implemented by a national reconciliation committee. According to a senior member of the Muslim Brotherhood, Morsi is being held in a military facility with top aides. “Morsi and the entire presidential team are under house arrest in the Presidential Republican Guards Club,” Gehad El-Haddad, the son of a top Morsi aide, told on Thursday. Haddad’s father, Essam El-Haddad, widely seen as Morsi’s right-hand man, was among those held, he added. The head of Egypt’s armed forces issued a declaration on Wednesday evening suspending the constitution and appointing the head of the Supreme Constitutional Court, Adly Mansour, as interim head of state. Mansour would be sworn in on Thursday. Morsi’s presidential Facebook page quoted the deposed president as saying he rejected the army statement as a military coup.The ousted leader was believed to be holed up at a Republican Guard barracks in Cairo, surrounded by barbed wire, barriers and troops, but it was not clear whether he was under arrest.In a televised broadcast, flanked by military leaders, religious authorities and political figures, General Abdel Fattah al-Sisi effectively declared the removal of Morsi. At least 14 people were killed when opponents and supporters of Morsi clashed after the army announced his removal, state media and officials said. Eight of those reported dead were in the northern city of Marsa Matrouh. Al-Anani Hamouda, a senior provincial security official, said two members of security forces were among those killed in the clashes. Three people were killed and at least 50 wounded in the Mediterranean city of Alexandria, Gunfire broke out as rocks and bricks flew during the fighting, witnesses said. One of the city’s dead was a woman stabbed in the stomach. The other two were men hit by birdshot. “We are dealing with the situation. … We have called for security reinforcements in the area,” said senior police officer Sherif Abdelhamid. Three people were also killed in the southern Egyptian city of Minya, including two police. It said 14 people were wounded. Dozens more were wounded in Fayoum, south of Cairo, where unidentified assailants broke into the local offices of the Freedom and Justice Party, the Brotherhood’s political wing. The attackers looted the headquarters and set them on fire, it said. In Cairo’s Tahrir Square, the security forces looked on as tens of thousands of anti-Morsi protesters rallied in a demonstration that dwarfed that of Morsi supporters in Nasr City, on the opposite side of town. “Come here O Sisi, Morsi isn’t my president,” the flag-waving protesters chanted in the square, referring to the army chief. The crowd swelled at nightfall, after a scorching day that saw police officers hand out water to the demonstrators in the middle of Tahrir, epicentre of the 2011 uprising that ended three decades of authoritarian rule by Hosni Mubarak. Speaking shortly after Sisi’s announcement, liberal opposition leader Mohamed ElBaradei said the “2011 revolution was re-launched” and that the roadmap meets the demand of the protesters. Egypt’s leading Muslim and Christian clerics also backed the army-sponsored roadmap. Ahmed al-Tayeb, Grand Sheikh of Al-Azhar, Cairo’s ancient seat of Muslim learning, and Pope Tawadros, the head of the Coptic Church, both made brief statements following the announcement by the head of the armed forces. Tawadros said the plan offered a political vision and would ensure security for all Egyptians, about 10 percent of whom are Christian. Egypt’s second largest Islamist group, the Nour party, said in a statement that it agreed to the army roadmap in order to avoid further conflict. Morsi, Egypt’s first freely elected president, came under massive pressure in the run-up to Sunday’s anniversary of his maiden year in office, with his opponents accusing him of failing the 2011 revolution by concentrating power in Islamist hands. The embattled 62-year-old proposed a “consensus government” as a way out of the country’s worst crisis since the 2011 uprising. But the United States urged Morsi to “do more” as a military deadline passed for him to meet the demands of the people following a week of bloody unrest during mass protests calling for him to quit. The advice came too late, however, as the army said Mansour, a previously little known judge, would become the new leader of the Arab world’s most populous country. Source:Qatar Chronicle

There are multiple advertising possibilities with the ILQ network, drop us an e-mail at [email protected]eqatar.net for inquiries!