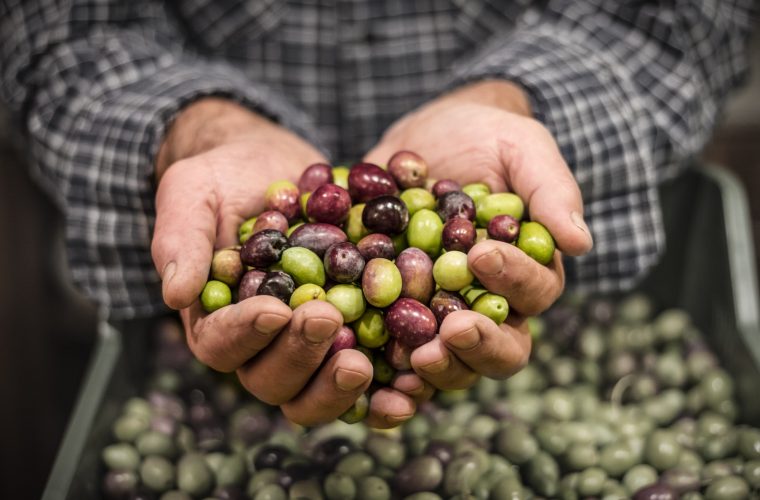 From the way its glistening drops saturate a fresh chunk of homemade bread, to its slow drizzle and sizzle in a warm frying pan, olive oil is essence of every Mediterranean kitchen. From the many regions across the world where this golden-green nectar is produced, Italy ranks among the top.

Throughout the country, this extract from the fruit of the olive tree speaks to the heart of Italian cuisine unlike any other ingredient – as an aromatic zest for salads and soups, in marinades, and to sauté, boil, baste and fry. There’s no dish that can’t benefit from its lush depth of flavour. More than just a diverse cooking element, olive oil is also a condiment that can stand alone with the best of them – or its best friend balsamic.

Olive oil is part of a tradition that dates back millennia, when cultivation began on the fruits of the Olea Europaea – one of the oldest and most venerable trees in the world. From their roots in Asia Minor more than 6,000 years ago – these trees were brought to the shores of the Mediterranean by the seafaring Phoenicians. In the poems of Homer, they were referred to as ‘liquid gold’, and the Greeks were the first of the ancient Mediterranean civilizations to use the bounty of the olive tree to produce fuel, oil, and perfumes.

Italy fell in love with olive oil when the first trees were brought over from Greece in 1,000 B.C. historians believe. It wasn’t until the Renaissance period that Italy would emerge as one of the world’s leading producers of olive oil. The infamous Medici Family offered up land to those farmers willing to cultivate olive groves as a means of encouraging production, and soon the hills of Tuscany were covered in their green leaves, and soon the nation would become well-known for its rich and wholesome blends.

With the warm climates of southern Italy best suited to their growth – especially the coastal regions of Calabria, Campania, Puglia, and Basilicata, and the islands of Sardinia and Sicily, these areas quickly became leaders of production. While the regions of Marche, Tuscany, Umbria, Lazio, and Veneto also carved out their own niches in the North for harvesting and production.

It was the Italians who, centuries ago, refined an extraction process that best maximizes the output of oil. These methods are still in use today in the local mills of Italy and are known as ‘frantoi’. But before the production, comes the harvest. In late autumn Italy’s farmers keep careful watch over their olive groves, looking for the any signs of darkening as the olives ripen.

Once harvested, the olives are pressed – which releases their rich, fragrant oil. This ‘cold pressing’ ensures that all the natural flavours of the fruit are retained in the oil. Traditionally, the ‘first press’ is considered the most prized – and the most costly to purchase as it’s the most rich and pure. Nowadays, modern techniques using industrial centrifuges that reduce the number of pressings that are required to extract the full amount of oil from each batch of olives.

Today, Italy is home to 628 varieties of olive trees – the largest diversity in the world – and each variety produces its own unique quality and flavour of olive oil to compliment every dish in the Italian recipe book. Taggiasca olives grown on the Ligurian coast deliver a mild oil, Sicily’s Tonda Iblea renders a spicier flavour, while Puglia’s Coratina olives produce oil that’s aromatic of peppers.

Olive oil is the foundation of all Italian food preparation – full stop. Aside from its ubiquitous use as a cooking oil, it’s diversity of function is endless – use it as a salad dressing, drizzle it over a hunk of crusty bread, stir it into sauces, stews, and soups to enhance their complexity of flavour. Even some regional desserts that appeal to the Arabic palate derive their flavour from olive oil – cardamom cake for example, owes its lush, juicy finish to the virtue of of olive oil.

It’s no secret that this elixir of life touches every aspect of the Italian culinary world. So the next time you’re shopping for Italian foods, but sure to pass by Eataly in the Mall of Qatar to peruse their wide selection of some of Italy’s best bottles of liquid gold.

What kinds of oils do you use for cooking and do you have a brand you always use? Tell us your favourite Italian recipe in the comments below and don’t forget to give us a like and a share – it keeps us going!