Crabbing takes off as residents hit the beach 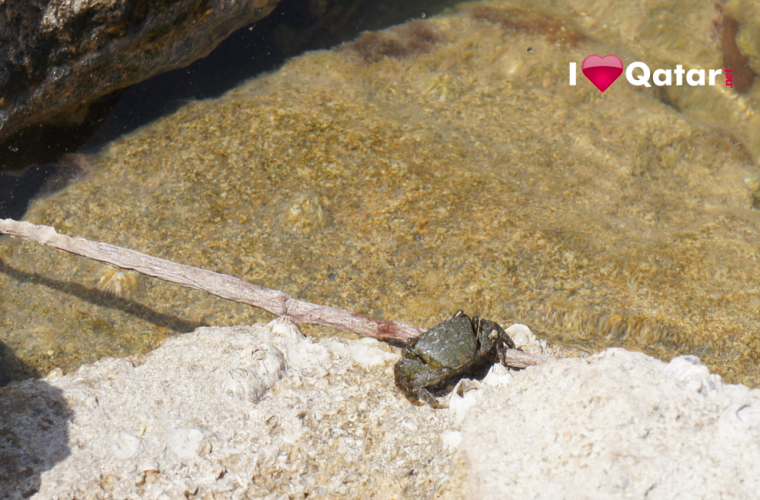 The winter season brings again another exciting pastime for many expatriate workers in Qatar — crabbing.
Groups of expatriates, labourers and truck drivers from the Industrial Area have started overnight camping on the beaches of Al Wakrah and Al Khor to spend the weekend catching and cooking crabs with their colleagues and friends. Of all the nationalities living in the country, Filipinos are known to be the most skilled when it comes to crabbing.
Manny, a son of a fisherman in the Philippines, told Gulf Times that they managed to get at least five buckets of crabs in nearly two hours on the eve of the Qatar National Day celebrations.
“For low-income workers like us who are away from our families, crabbing is so far the best thing to do, to treat ourselves with a delicious dinner,” he said.
The group start crabbing at around 7pm and stop before 9pm, when the water starts rising due to high tide.
On one occasion, Manny and his colleagues thought that police would apprehend them for crabbing in Al Khor.
“We were so nervous but to our surprise, they just told us not to go beyond a certain line since it is too risky there,” he said. In October 2013, two Filipino engineers drowned in the same area during the Eid al-Adha holidays. A sudden rise of the waters caught the victims by surprise and they failed to make it back to the shoreline.
Manny said a number of construction companies in the Industrial Area, usually allow the use of their buses to take workers to the beaches for crabbing.
While some groups were lucky to get a good catch, others fail to get even a single crab in their bucket.
“The thrill and fun is there but it gives us joy to share our catch,” said Norman, who was with 15 other workers. The group stayed at the beach until 2am with other nationalities who also tried to make a good catch.
“Then we teach them how to crab so they would know how to do it the next time,” he added. “Crabbing is not as easy as anyone thinks.”
The fun continues during dinner when all sit on the sand, circled around a small fire, and start to get their fair share.
Crabbing is not limited to labourers and low-income workers, according to Norman, adding that a lot of professionals continue to visit the beach.
“In fact, long-time expatriates have become experts at catching crabs, squids and other kinds of fishes,” he said.