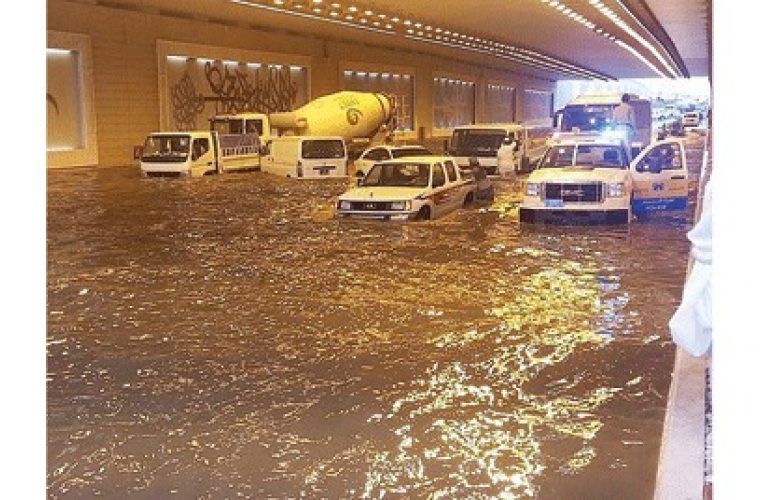 The committee that investigated the flooding of two Salwa road tunnels following the heavy rains on March 26 released its report yesterday, holding the Public Works Authority (Ashghal) and Salwa road project management accountable for the incident.

Ruing the lack of an emergency and crisis management system at Ashghal, the committee decided to set up an effective system in this respect in collaboration with the other bodies concerned.

The expert panel was set up by the Prime Minister and Interior Minister H E Sheikh Abdullah bin Nasser bin Khalifa Al Thani on March 27 through a ministerial decision.

The flooding of the tunnels under Faleh bin Nasser Al Thani intersection and the Central Market intersection disrupted traffic for several hours on the highway and the surrounding roads. A number of vehicles had been caught in the deluge.

The committee found that the inundation was caused by the lack of a final collection point for rain water and surface water on the highway. This led to an overloading of the sewage network and the sections concerned failed to monitor the system.

The Mesaimeer drainage tunnel was used for storing as much as 29,235 cubic meters of water and it had no outlets to dispose of the excess water, as it was not linked with the end point, said the committee.

Explaining the cause of the flooding, Ashghal earlier said that the Salwa Road drainage network was used to receive and store surface water inside the pipes as a temporary procedure as the project’s underground drainage connection to the sea through Abu Hamour network was not constructed.

The committee concluded that there was no proper coordination between the sections concerned at Ashghal, the project consultant and the project director.

The report also criticised the departments concerned for their failure to do the required follow up on operation and maintenance of the project to make sure that sewage system is effective. “Ashghal and the Salwa road project management are responsible for the problems on March 26 at both the tunnels,” said the report.

The committee also said there is a “lack of emergency and crisis management system at Ashghal” and “lack of coordination between Ashghal and the National Command Centre during an emergency.” Based on its findings the committee decided to set up a permanent emergency and crisis management system in coordination with all the bodies concerned in the country. It also decided to set up a system for monitoring the sewage network for proper management and disposal of rain water and surface water.

“We are making the findings public to make it clear what had happened, respecting public opinion and their right to know. The state is keen to remain transparent and realistic and protect the lives of people and public property,” it said.