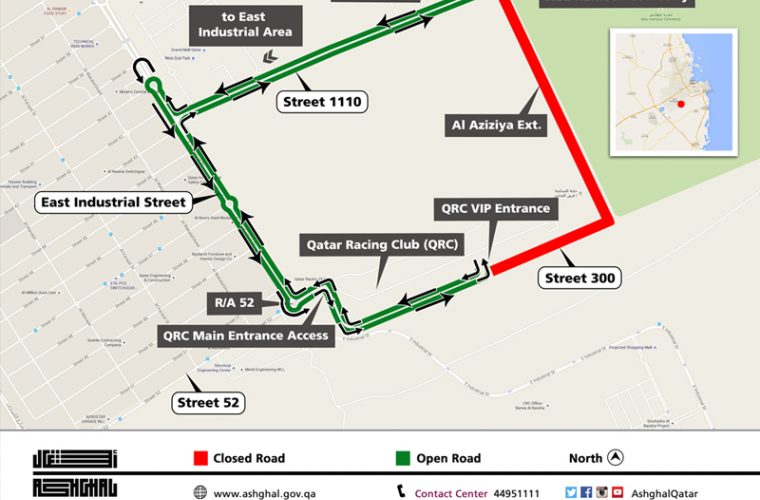 The Public Works Authority (Ashghal) has announced that traffic will be temporarily diverted from Al Aziziya Street Extension- Street 300 from June 10, 2015 for over the next six months, according to a statement.

The three kilometre long street will be closed in both directions from the east of the VIP entrance of the Qatar Racing Club (QRC) to the intersection of Al Aziziya Street Extension with Street 1110. The closure will allow for the construction of the new Al Aziziya Street Extension-West Corridor Interchange as part of Ashghal’s Expressway Programme West Corridor project.

Traffic will be diverted to an alternative route with the same number of lanes as the existing street to avoid disruption of traffic flow as shown in the map.

Access to the main entrance and VIP entrance of the QRC will remain from the East Industrial Street (as shown in the attached map).

Ashghal will install road signs to advise motorists of the closure and diversion. The public authority requests all road users to abide by the speed limits, and follow the road signs to ensure their safety. 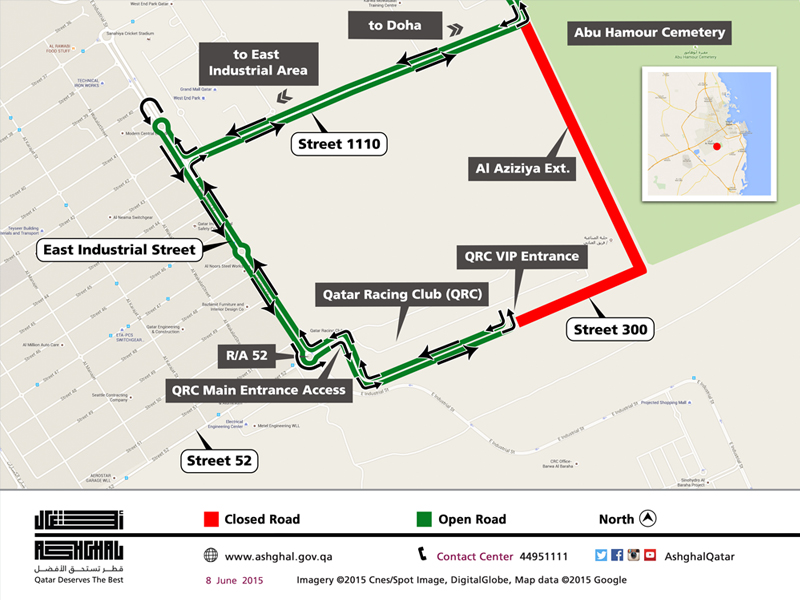