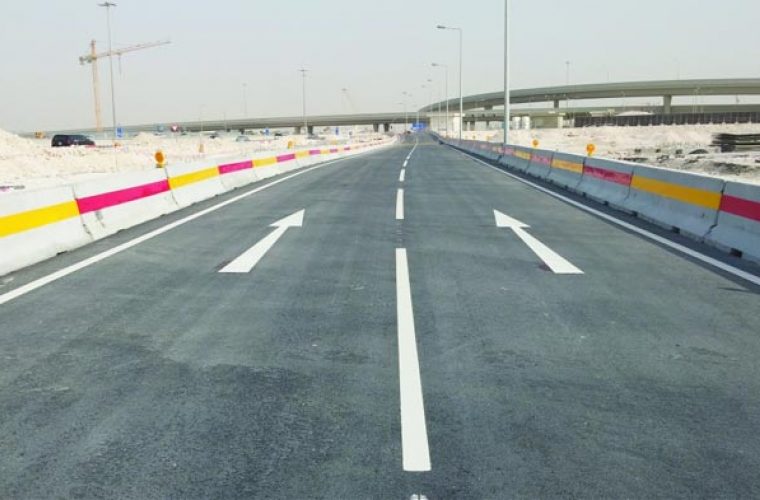 The Public Works Authority, Ashghal, has announced two temporary closures and one partial diversion.
The year-long partial diversion will come into force on Monday on the street parallel to Al Amir Street, stretching 800m from its intersection with Kasr Al Rayyan Street towards Al Rayyan Interchange.
During this period, traffic will be diverted to an alternative road with the same number of lanes adjacent to the existing road.
The diversion is required to allow the construction of the bridge that will link Al Rayyan Road to Al Shamal Road via Al Amir Street, as part of the second phase works of Al Rayyan Road upgrade project, which will serve to reduce traffic congestion in Al Rayyan area and provide easy access to residential and commercial areas.
One of the temporary closures is applicable to one lane in each direction on the E-Ring Road and Najma Street, intersecting at Al Thumama Roundabout, in approximately 400m sections from Tuesday for four months.
Ashghal announced on Sunday that a newly constructed temporary roundabout will allow traffic around the construction works inside the roundabout.
The objective of the closure is to allow for the construction works needed to convert Al Thumama Roundabout to a signal-controlled junction, as part of the interim upgrade project on E-Ring Road and Najma Street, which will serve to reduce traffic congestion in the area.
The project works will include widening the E-Ring Road and Najma Street, developing the infrastructure utilities, upgrading drainage networks in the area, in addition to providing pedestrian and cyclist paths, street lighting, and landscaping.
The other temporary closure is to be implemented from Monday on Roundabout 23, in both the east and the west directions leading to Street 23 in the Industrial Area.
Al Kassarat Street will remain open in two other directions through the roundabout, Ashghal announced.
The subsidiary streets parallel to Al-Kassarat Street eastbound, and leading to the residential and commercial areas surrounding Street 23, will also be closed.
The closure is part of the construction works to develop Doha’s Industrial Area. The project aims to increase the capacity of roads and support the traffic flow, in addition to providing the area with integral infrastructure.
Ashghal will install road signs to inform motorists of the diversion and closure. The authority has requested all road users to abide by the speed limits, and follow the road signs to ensure safety.