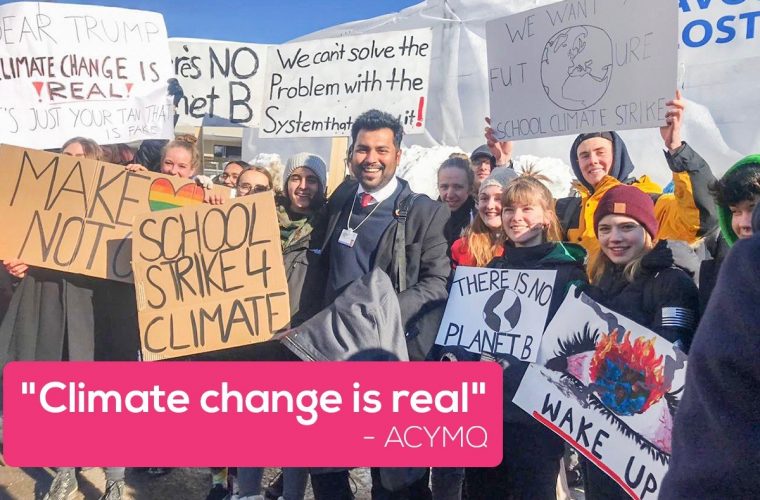 For many years now, an annual global ecological awareness event called Earth Day is being observed in more than 193 countries and just like the rest of the world, Qatar has its own ways to honour this rather important occasion.

Marked every 22nd of April, Earth Day is aimed at the demonstration and promotion of environmental awareness calling for the protection of our dear blue planet.

Arab Youth Climate Movement Qatar (AYCMQ), an independent, non-profit, non-government organization established in Qatar in 2015, is one of the very few groups in Qatar which greatly values the importance of having an entire day dedicated just for Earth.

Aiming to provide knowledge that serves the public interest and maximizes the general welfare, AYCMQ firmly believes that their sustained efforts in raising ecological consciousness will develop a sustainable community in the long run and for Earth Day 2019, one of their main advocacies is a national campaign that promotes cycling as a means of alternative transportation to promote a healthy lifestyle and reduce individual carbon footprint resulting from daily transport use.

Talking to AYCMQ executive director Neeshad Shafi, who was also recently named by global network Apolitical as one of the ‘World’s 100 Most Influential People in Climate Policy for 2019’, he shares that the main reason why AYCMQ conducts such high-quality awareness programmes is in order for them to raise ecological consciousness among the citizens and residents of Qatar.

And just like science itself, Neeshad believes that climate change is real and that people of the current generation are starting to see some of the adverse ways that it affects us. The consequences include the likelihood of flooding, extreme heat in the region and elsewhere, and the threatening of people's lives directly or indirectly.

We don’t need to ask whether climate change is happening—or whether humans are causing it. Instead, we need to ask: “what can we do to ease it?”

The young climate advocate also cited driving and flying less, switching to a ‘green’ energy provider, and changing what you eat and buy as baby steps to observe the Earth Day and eventually, fight climate change.

Neeshad's team at AYCMQ seeks to run a generation-wide movement to understand, contemplate and reflect the essence of nature and its attributes. They educate, empower, inspire and mobilize the community to take effective action in resolving this ecological crisis.

AYCMQ has already partnered or worked with various global and youth NGO including UNFCCC, UNEP, and other UN agencies NGO agencies. Moreover, AYCMQ members have already participated in closed-door discussions and actively engage in workshops at local, regional and International conferences including UNEA2, COP18, COP21 COP22, COP24 and the World Economic Forum in Davos.

Neeshad is inviting more young people to be part of AYCMQ's journey and to contribute in the development of Qatar's well-being environmentally-wise. To reach out to them, check out their website and social media links below!

Is there anything extra-special that you've done today in celebration of Earth Day 2019? Tell us in the comments and also, don't forget to like and share this article—it keeps us going!