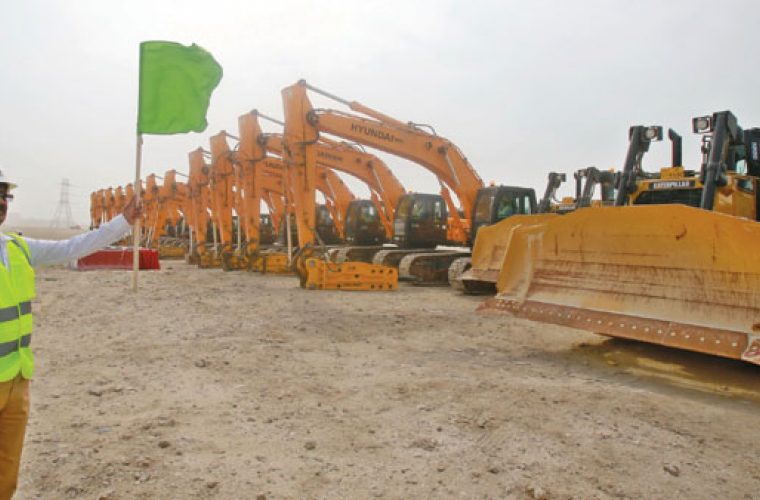 The Supreme Committee for Delivery & Legacy (SC) has broken ground on the first proposed host venue to be delivered ahead of the Qatar 2022 FIFA World Cup.

The second phase of construction is underway on-site at Al Wakrah, with HBK contracting company carrying out the works.

The decision to award the contract to HBK, a local company, following a tender process implemented for a number of Qatari contractors with local knowledge and proven capabilities follows the SC’s vision to develop the private sector, a release said yesterday.

The company has begun major excavation in preparation of the foundations being laid in September. This latest phase of construction is scheduled to finish around March 2015, with stadium completion expected in 2018.

The early works at Al Wakrah were carried out by Amana. Foundation work by HBK will be marked by a ceremony in September, followed by the announcement of the main construction company at the end of the year.

Embedded in the contract won by HBK are the SC’s Workers’ Welfare Standards. “These standards - which are aligned with Qatari Labour Law and international best practice and have been incorporated in all contracts - set clear guidelines that protect the rights of workers throughout the entire chain of contracting, from recruitment to repatriation,” the release said.

The 40,000-seater New Al Wakrah Stadium, future home of Al Wakrah Sports Club, was the first of Qatar’s FIFA World Cup proposed host venues to be revealed. The stadium will be surrounded by a 560,000sq m precinct with a new sports centre and community hub.

The precinct will include a range of community facilities, including a park, a mosque, a school, a hotel, a wedding hall, a vocational training centre and retail outlets.

After the tournament, the stadium’s capacity will be reduced to 20,000 with the extra modular seats removed, re-configured and donated to countries in need of sporting infrastructure in consultation with FIFA and the continental football confederations.

“With the rigorous implementation of the workers’ welfare standards at all stages of construction, the new Al Wakrah Stadium will also contribute to a significant legacy of enhanced workers’ welfare in the country,” the release said.