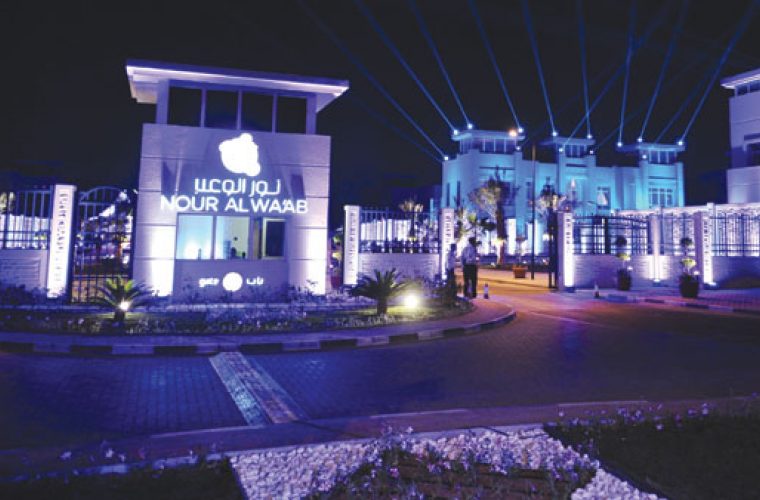 Some prominent members of the Qatari community, members from the corporate and the business community in the country and a number of distinguished guests took part in the launch ceremony held at Al Wa’ab City.

According to officials of the project, Al Wa’ab City will be developed into a central district with a prestigious mall, a world renowned hotel and a number of residential units. The City will also house educational and medical facilities that will further enrich the sense of place and community which will cater to a variety of tastes and budgets.

A total of 92 premium Nour Al Wa’ab villas are planned with the delivery scheduled in various phases until 2015. Each villa is 850 square metres in area with high quality finish. The villas were sold in the beginning at QR 8mn per unit but they are being sold at QR 10mn at present. Each villa contains five master bedrooms, internal elevators, three garages, a private garden and a swimming pool.

The CEO of Al Wa’ab City Sheikha Hanadi bint Nasser al- Thani and chairman of Osool Al Wa’ab Holding Sheikh Nawaf Nasser bin Khalid al- Thani took part in the event. Speaking on the occasion, Sheikha Hanadi said: “This is the first milestone of our journey to achieve the vision for Al Wa’ab City to become one of Qatar’s most distinguished developments where life is celebrated in all its developments.”

Sheikha Handai continued: “Al Wa’ab City is not just a unique residential development but an engine of business and community growth. I am also happy to share with you the exciting news about the upcoming business and finance partnerships on the remaining phases of Al Wa’ab City which promises to become a unique living and business environment in the heart of Doha.”

Al Wa’ab also revealed during the event that 43 of its smaller Janayin Al Wa’ab Villas are open for corporate sale and leasing. The project consists of 181 four bedroom properties with an area of 540 square metres each. It will have two car garages and offer a contemporary living environment with Arabian architecture and modern quality finish.