Nearly 5,000 people were screened for diabetes both in the run up to and during the Holy month of Ramadan this year by Action on Diabetes (AoD), a public- private partnership initiated and funded by Maersk Oil Qatar.

The campaign saw Action on Diabetes partner with a number of leading organisations across Qatar to run activities and initiatives that screened people for diabetes and offered advice on healthy lifestyles and safe fasting for those people living with diabetes. 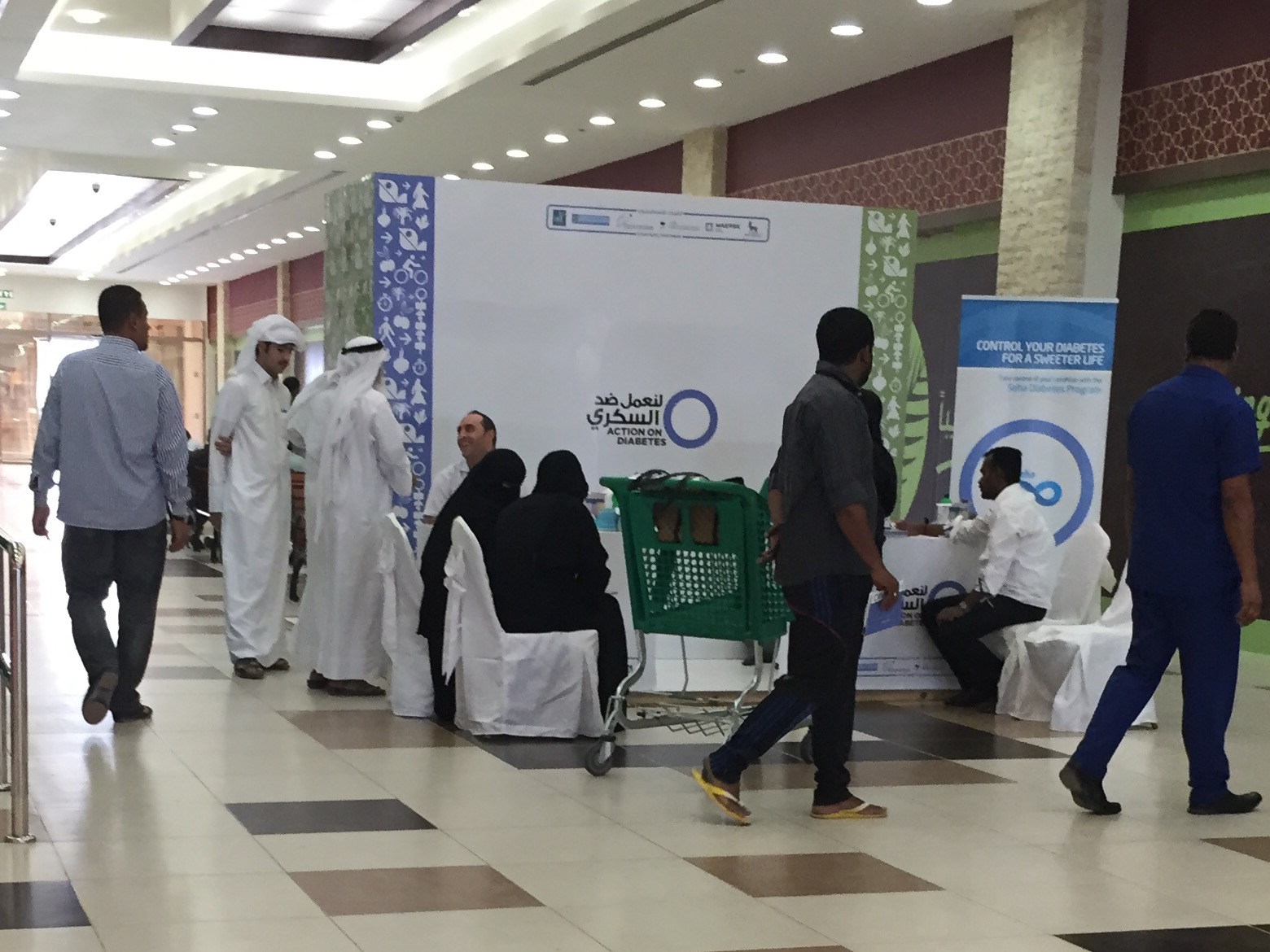 Action on Diabetes’ mosque screenings, in partnership with Hamad Medical Cooperation saw a total of more than 2,000 people screened at the Grand Mosque in Doha, which took place on 26th June and 10th July. Following Friday prayers, screening booths staffed by trained diabetes nurses and educators were set up to allow worshippers to get screened and receive a personalised analysis of results. They also received advice and recommendations from trained diabetes educators on how to fast safely during Ramadan and reduce the risk of developing diabetes in the future.

“We are very proud of the success that the Action on Diabetes Ramadan awareness campaign has achieved this year. It is incredibly rewarding to support an initiative that is working every day to implement change within our community and encourage healthier lifestyles. At Maersk Oil Qatar, we will continue to work towards our long term commitment to play a leading role in raising awareness and educating the community on diabetes, helping to reach as many people as possible through quality partnership programmes that make a real and lasting impact on the lives of those living in Qatar.”

The Ramadan awareness campaign also saw Action on Diabetes team up with Al Meera, Qatar’s largest supermarket chain, for a second year to screen shoppers for diabetes during the busy pre-Ramadan rush. The hugely successful partnership saw more than 2,500 people screened at Action on Diabetes screening booths that were set up at three of Al Meera’s stores – Airport, Mansoura and Muraikh – for five days in the run up to Ramadan. The booths screened shoppers for diabetes and offered advice on healthy eating, healthy lifestyles and safe fasting for people with diabetes.

“We are extremely grateful for the support from all our partners which has allowed us to complete another incredibly successful diabetes awareness campaign this Ramadan. At Action on Diabetes, we are dedicated to raising awareness of the risks associated with diabetes. Screening and educating the community is one of our biggest priorities. The earlier Type 2 diabetes is diagnosed, the better chance there is of decreasing the risk of developing diabetes-related complications that may arise. We are very proud to have reached a large part of the community during this Holy Month and are committed to reach as many people as possible in Qatar going forward.”