7 Cruise Ships to Visit Qatar as Part of Agreement between QTA, TUI Cruises 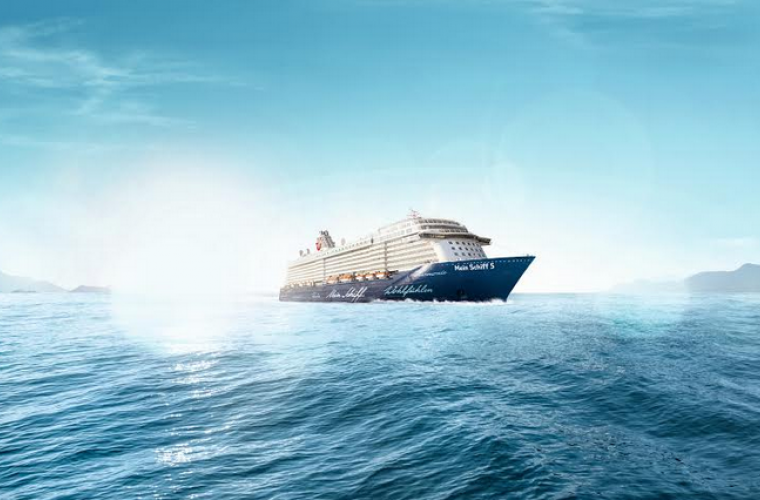 Qatar Tourism Authority (QTA) has announced an agreement with TUI Cruises through which the German cruise liner will be including Qatar in its itineraries for the 2017/18 season, bringing seven cruise ships with up to 17,500 visitors to Qatar.

The agreement between QTA and TUI Cruises comes as a result of discussions started at the Seatrade Europe Forum held in Hamburg in 2015 and puts Qatar on track to achieve its target of 250,000 visitors on board cruise ships in 2019.

The Qatar Ports Management Company – ‘Mwani Qatar’ has confirmed the berthing schedule for the cruise ships. QTA is working closely with Mwani Qatar to expand the various elements of the country’s cruise industry, in particular, Doha Port, which will be undergoing redevelopment in the coming months to transform it into a full-time cruise terminal and tourist attraction.

“The cruise tourism sector in Qatar provides huge opportunities for the growth of the country’s overall tourism industry and is central to the realization of the Qatar National Tourism Sector Strategy 2030,” commented Hassan Al Ibrahim, Chief Tourism Development Officer at QTA. “The commitment of TUI Cruises to include Qatar in its 2017/2018 itineraries is testament to the significant development that the sector is undergoing, and gives us an encouraging boost as we continue to pursue other major cruise liners.”

Al-Ibrahim added that the conversations started in Hamburg and in Fort Lauderdale in March 2016 had continued from those started in Doha, December 2015 during the Seatrade Middle East Cruise Forum, which brought together global cruise line executives with regional stakeholders to discuss opportunities for the industry’s growth in the GCC.

He continued, “Qatar is set to receive between 35-40 ships in the upcoming 2016/2017 cruise season, bringing in an expected 55,000 passengers. This provides new and untapped investment opportunities for businesses to develop tourism products and services that cater to cruise visitors.”

TUI Cruises has planned for its Mein Schiff 5 ship to dock in Qatar. The ship is approximately 294 metres long, has 15 decks and the capacity to carry up to 2,506 passengers on two persons per cabin basis. The Mein Schiff 5 is also known for being an energy-efficient ship, consuming around 30 percent less energy than comparable cruise liners thanks to an advanced energy management system. Additionally the ship is equipped with a modern exhaust cleaning system, which makes it to one of the most environmental-friendly cruise ships worldwide.

“Qatar is a very fascinating destination for TUI Cruises. We are very happy about the development of the harbor which makes it possible to call Qatar in the future. With its vibrant mix of modernity and history Qatar has a lot to experience for our guests. We are looking forward to having a close collaboration with Qatar Tourism Authority”, says Wybcke Meier, CEO TUI Cruises.

The Qatar National Tourism Sector Strategy 2030 (QNTSS) identifies the cruise industry as a focus area in coming years, with the outlook for Qatar to become an emerging cruise destination exceptionally bright. The GCC is among the top three cruise destinations worldwide during the winter months, offering tremendous opportunity for Qatar’s tourism sector and overall economy.

TUI Cruises is a joint venture between TUI AG and the global cruise shipping line Royal Caribbean Cruises Ltd. The company, founded in April 2008 and headquartered in Hamburg, has been offering cruises for the German-speaking market since May 2009.