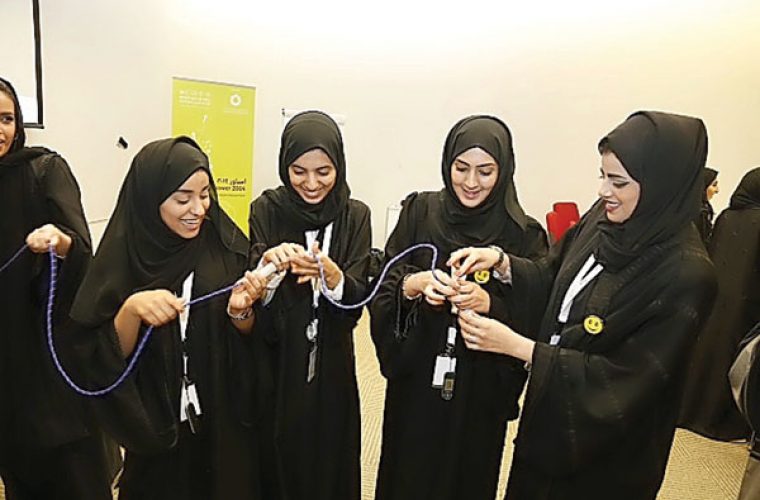 The workshops were part of the conference organised by Reach Out To Asia (ROTA) under the theme ‘Sports for Youth Empowerment’.

The first workshop by Abdullah Al Buainain, shed light on ‘Body language and effective communication’ while another on ‘Motivations’ by Jawahwer Al Manai discussed the importance of sport in people’s life — physically, psychologically or spiritually.

Participants were taken through the process of writing effective and successful project proposals in the ‘Basics of Proposal Writing’ workshop by Rota Volunteers Programme Manager, Georges Tavola.

They attended another workshop to develop a draft resolution on how governments and other stakeholders can use sport as a tool to empower youth.

The resolution will be shared with the UN.

For the tech-savvy youth, Faissal Al Haithami gave tips and on how to use the power of social media as a marketing method and how to reach and engage thousands of people through it.

In another session, the youth learnt the basics of making short films, from script-writing to shooting.

To create leadership skills in sport activities, a session was held on how the transformative power of sport can be used to inspire and motivate the youth to become positive agents of change in their communities, and think about setting and achieving goals and build life skills.

Participants later turned up at the volleyball playgroup for a football coaching clinic to learn techniques of passing and shooting. It was conducted by Liverpool.

To help participants develop their own approach to leadership and further in their quest to become more effective leaders, Magic Bus held a workshop on ‘Leadership - an analysis.’

Participants experienced leadership styles and explored advantages and disadvantages of each type through an experiential activity.

The ‘Coaches Across Continents’ workshop highlighted the use of sport to develop self-directed learners.

It also discussed the concept of self-directed learners and how to utilise sport to create future front-runners.

The Qatar Olympic Committee led a seminar on ‘Developing Youth through Olympic Values’. As Olympic values play a big role in shaping the youth, the workshop enlightened participants on values of fair play and respect.

“Empower 2014 has brought together key players among the youth, including our neighbours from the other GCC countries and eight organisations in the US, India, the UK, Lebanon and Qatar.

“The workshops have given our youth the opportunity to share views and exchange experiences, and guaranteed them the realisation of new knowledge and skills, as well as a collection of memories and friendship circles that reach out across the world,” said Rota National Programme Director, Mohamed Abdullah Saleh.

“Empower 2014’s main objective is well translated today as all workshops encouraged participants to challenge themselves in an environment alien to them. With this diverse participation of youth from Qatar, the region and the world, we are sure ROTA is achieving its strategic goal of youth empowerment.”