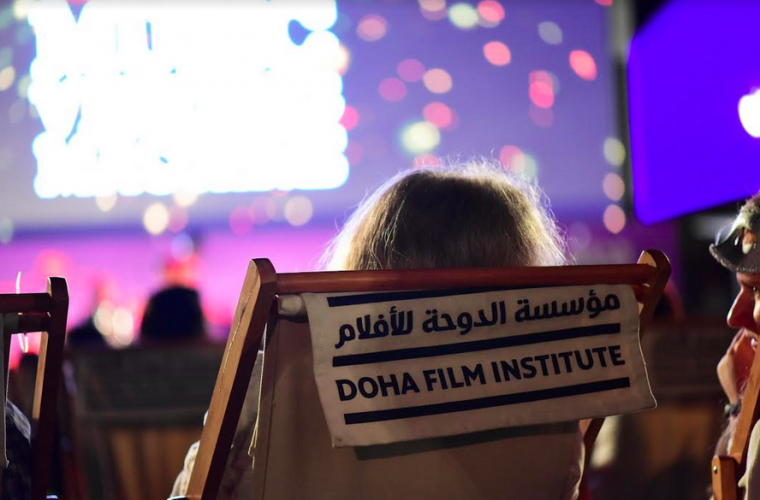 The World Innovation Summit for Health (WISH), an initiative of Qatar Foundation, is screening a series of films as part of Doha Healthcare Week. The films will be shown over three days, starting on November 6, at various locations across Qatar.

The screenings are organized in partnership with Doha Film Institute (DFI), Al Jazeera Media Network, and global eye health charity Orbis. Open to the public and free of charge, the films will start at 7pm.
On November 6, Al Jazeera Café at Katara Cultural Village will screen two short healthcare-related documentaries – ‘50 Feet from Syria’ and ‘Through My Eyes’. The former tells the story of a determined man who performs intricate acts of medical necessity, undeterred by the chaos and complexity of the war around him, while the latter highlights the journey of a blind photographer in Homs, who becomes an inspiring youth leader after his remarkable photos of life in a refugee camp are recognized in Canada. On November 7, there will be an open-air screening at the MIA Park of ‘Life: Animated,’ an award-winning film about a boy with autism who communicates by impersonating well-known Disney characters. The film is being shown thanks to the support of DFI, ahead of its upcoming Ajyal Youth Film Festival, which runs from November 28-December 3. Mrs. Fatma Hassan Alremaihi, Chief Executive Officer of DFI, said: “Since our inception, we have focused on drawing on the power of film to create a world of shared narratives. Our film events and year-round programming alike have demonstrated that film is an immensely powerful medium that goes beyond entertainment and towards building empathy and understanding. “We are delighted to be partnering with WISH and presenting ‘Life: Animated,’ one man’s captivating real-life story of what it means to live with autism. The film celebrates the spirit of resilience and we hope it inspires the audience, taking them beyond themselves and allowing them to think and dream beyond boundaries. We look forward to welcoming everyone at our annual Ajyal Film Festival at the end of the month to continue discovering each other through the wonders of cinema.”
On November 8, Al Jazeera Café will screen ‘The Hospital in the Sky,’ which follows model and Hollywood actress Cindy Crawford and her daughter Kaia as they spend a week in Peru with the Orbis Flying Eye Hospital. A question-and-answer session with the Orbis team of eye-care specialists will follow the screening. Organized in collaboration with the Ministry of Public Health and QF, Doha Healthcare Week, which runs from November 6-12, is a community-focused festival created by WISH. Working with its key partners in the health sector, Doha Healthcare Week shines a spotlight on health and wellbeing through a series of public activities, awareness campaigns and professional workshops. Other partners include Hamad Medical Corporation, The St. Regis Doha, College of the North Atlantic – Qatar, and Alzheimer’s Disease International. Doha Healthcare Week will be followed by WISH 2018, which takes place from November 13-14 at Qatar National Convention Centre. For the full Doha Healthcare Week program, visit www.wish.org.qa/dohahealthcareweek2018, and @WISHQatar on Twitter.