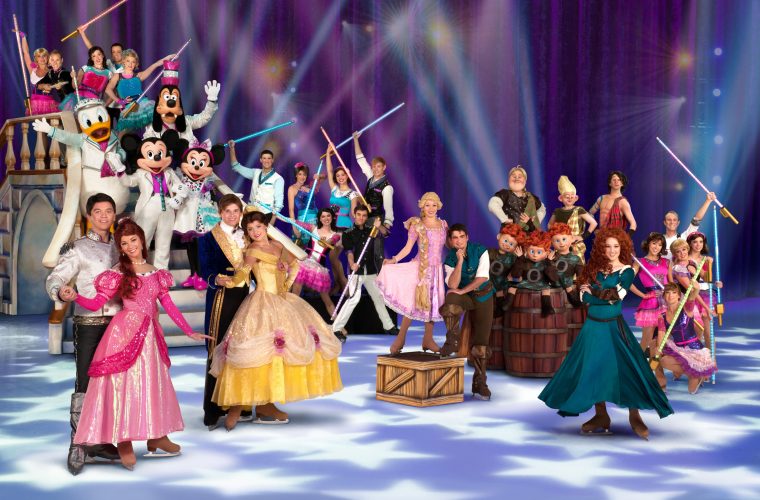 Disney On Ice presents Rockin’ Ever After is bringing an all-star line-up of your favourite Disney characters to the ice in a sensational live production coming to your hometown!

Produced by Feld Entertainment, presented by the Qatar Tourism Authority and its Events Diary, OnQatar and brought to Qatar by Sport & Entertainment Solutions, this brand-new spectacular featuring scenes from Disney•Pixar’s BRAVE, Tangled, The Little Mermaid, and Beauty and the Beast, visits DOHA from 24thto 27th September 2014 for eight performances at the Qatar National Convention Centre. Tickets go on sale tomorrow, 16th June 2014.

Get ready to rock out with some of the most magical idols of all in a musical showcase that features the hottest tunes and talent from across the kingdom in Disney On Ice presents Rockin’ Ever After! Jam to a Scottish jig as a group of royal contenders from the latest Disney•Pixar film, BRAVE, competes to win the heart of adventurous, sharp-shooting Merida, making her on-ice debut! Experience a show-stopping performance as Sebastian breaks out of his shell for one night only to make waves with Ariel. A chorus of harmless hooligans from Tangled unleashes musical mayhem when they get a visit from the sassy and spirited Rapunzel and her charming ally Flynn. And, get your feet moving as the Beast and his castle’s enchanted entourage take center stage in a spectacular show for Belle. It will be a rockin’ remix of royalty when Disney On Ice brings this superstar line-up to your hometown!

To learn more about Disney On Ice, go to www.disneyoniceme.com, or visit us on social media: