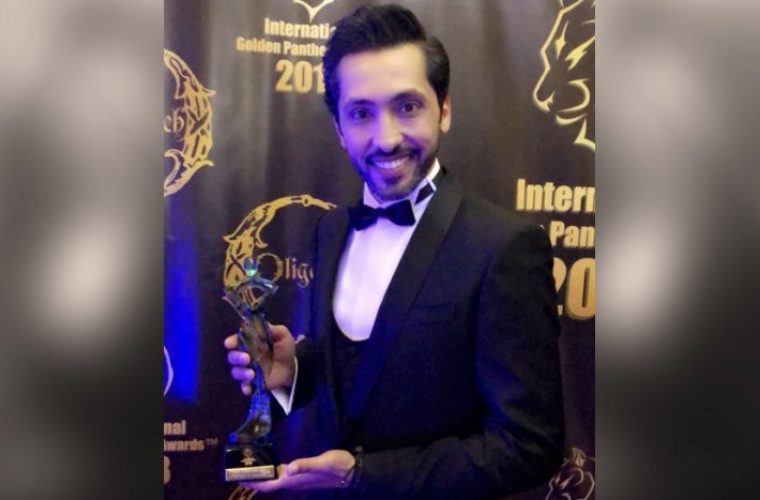 Al Kubaisi is a singer, record producer, model and human rights activist. He is known for producing a sophisticated genre of Khaliji music.

Al Kubaisi received his award during a function held in New York yesterday.

He was selected as the best singer in GCC in the 19th meeting of GCC Ministers of Culture 2013 in Bahrain.

The Golden Panther Music Awards is the world’s biggest fan-voted award show. They pay tribute to today’s most influential and iconic artists.

The nominees are based on key fan interactions as reflected in Billboard Magazine and on Billboard.com, including album and digital song sales, radio airplay, streaming, social activity and touring. These measurements are tracked by Billboard and its data partners.