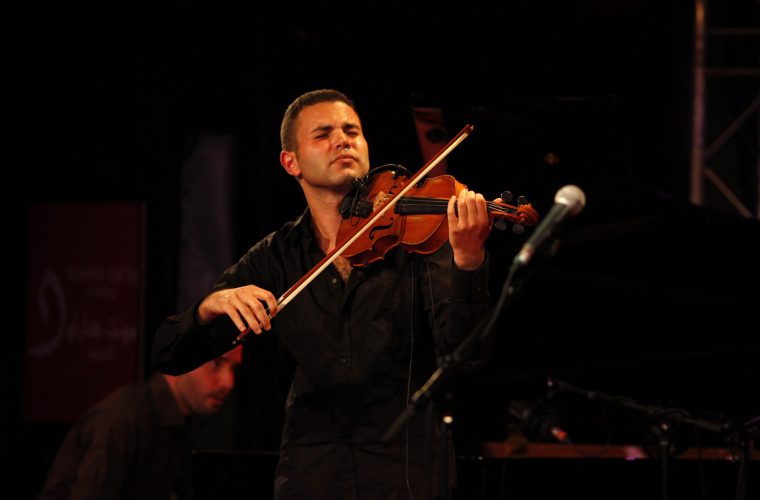 Qatar Airways is delighted to bring celebrated musician Jasser Haj Youssef to Doha for a special concert held as part of Francophonie Days, an annual celebration of the culture of the Francophone world, in partnership with the Embassy of France in Qatar and the French Institute of Qatar.

Doha residents and visitors to Qatar alike are all invited to take a journey into poetry and sound at the Qatar National Theatre on 20 March 2018, where Youssef and his quartet will perform a selection of jazz music from his latest album, Resonance. The concert will be preceded by a reading of French poetry, accompanied by the enchanting sound of the ney flute, a wind instrument used in classical Arabic, Persian and Turkish music.

Qatar Airways Senior Vice President Marketing and Corporate Communications, Ms. Salam Al Shawa, said: “Doha is the cultural centre of the Arabian Gulf, and as the National Carrier of the State of Qatar, we are delighted to welcome great talents like Jasser Haj Youssef to Qatar. All who hear his music will be transported by its beauty. We invite everyone to join us on 20 March at the Qatar National Theater for a journey into the unique and mesmerizing sound of this gifted artist and his quartet.”

Jasser Haj Youssef specialises in the classical violin and viola d’amore, with his work heavily influenced by the Arabic maqâm. He has performed with numerous celebrated artists around the globe, including opera stars Barbara Hendricks and Simone Kermes, as well as Youssou N’Dour and Sister Marie Keyrouz. Recently he directed the Chamber Orchestra of Paris at the Philharmonie de Paris. Other musicians to perform at the concert include percussionist Arnaud Dolmen; guitarist Marc Duronfosse; and composer, pianist and percussionist Fred Soul.

Qatar Airways has a history of working with artists to embed music into its brand. The award-winning airline proudly works with globally renowned composer and artist Dana Al Fardan, who is the official composer for Qatar Airways Group. Dana Al Fardan has composed a number of highly successful pieces for the airline, including the composition and 2016 performance of The Beginning for Hamad International Airport, its official theme song, and the Qatar Airways’ boarding music.

The airline has received a host of awards recently, including the accolade of 2017 ‘Airline of the Year,’ awarded by the 2017 Skytrax World Airline Awards, which was held at the Paris Air Show. This is the fourth time that Qatar Airways has been given this global recognition. In addition to being voted Best Airline by travellers from around the world, Qatar’s national carrier also won a raft of other major awards at the ceremony, including ‘Best Airline in the Middle East,’ ‘World’s Best Business Class’ and ‘World’s Best First Class Airline Lounge.’

Qatar Airways currently operates a modern fleet of more than 200 aircraft via its hub, Hamad International Airport (HIA) to more than 150 Destinations Worldwide. Earlier this month, Qatar Airways revealed a host of forthcoming global destinations in line with its expedited expansion plans, including the announcement that it will be the first Gulf carrier to begin direct service to Luxembourg.