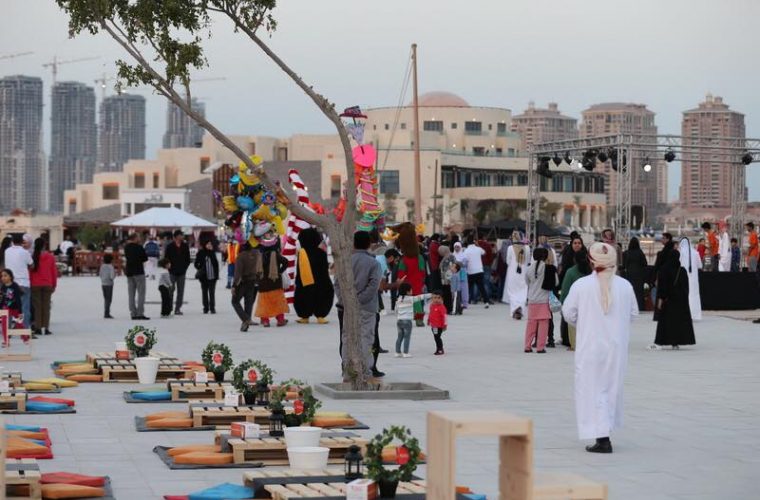 Several entertainment and cultural performances, workshops and competitions marked the opening of the ‘5th Winter Festival’ at the Katara - the Cultural Village on Thursday.

The event, which will run until January 22 from 4pm to 9pm, was inaugurated by Katara general manager Dr Khalid bin Ibrahim al-Sulaiti, together with Venezuela’s foreign relations deputy minister for Asia, Middle East and Oceania Affairs, Felix Placencia Gonzalez.

“Through the hosting of the Winter Festival, Katara is keen on providing a thrilling ambience that is full of entertaining activities and beneficial campaigns,” Dr al-Sulaiti said in a statement.

Gonzalez watched a short traditional show led by a group of performers while touring the festival.

The envoy also visited the Mahaseel Souq at Katara’s southern area, which offers a wide range of fresh produce from Qatari farms.

Katara said visitors to the festival will have the chance to savour local and international cuisines, sweets, and traditional teas at various food stalls at the beach area.

The event will also witness the Al-Gannas Association holding some exhibitions and educational workshops for young falconers.

According to Katara, organisers of the Al-Galayel Championship will feature an exhibition of collectables and equipment from all previous falcon competitions.

Children can take part in the ‘winter planting’ workshop, which will be organised by the Ministry of Municipality and Environment.

For those looking for unique art pieces and other items, Katara’s traditional souq is the right place. It sells different kinds of products such as artworks and collections, handicraft, perfume and textiles, among others.

“Katara organises events in response to the visitors’ desires,” said Dr al-Sulaiti, adding that the event coincides with the school holiday - the best time for many families to enjoy the festivity especially during this winter.

The Winter Festival is being held in co-operation with various entities and sectors in the country, according to Katara.

The Tamim Toast Master International Club features shows on the art of public speaking and classic poetry while the Bedaya Centre displays new business startups to educate the public on the various services provided by each project. (Source)