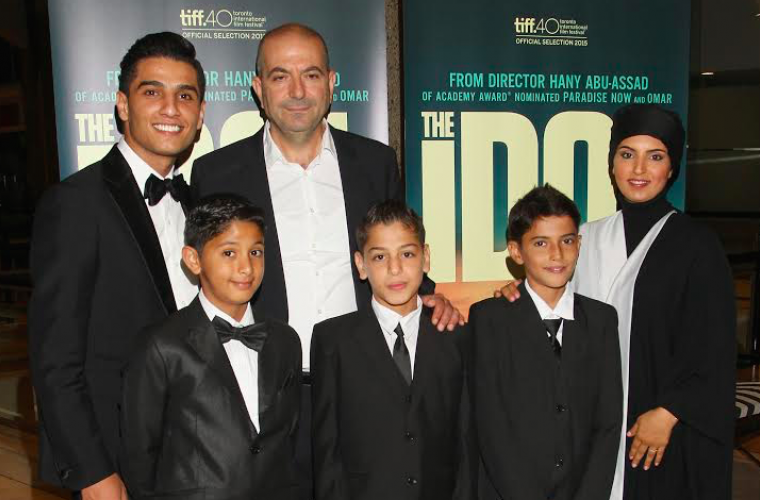 Nine films made with support from the Doha Film Institute are screening at the 40th edition of the Toronto International Film Festival which opened on Thursday, 10th September. Three of the films make their world premiere during the highly anticipated annual event including the much awaited next feature from Oscar nominated director Hany Abu-Assad, ‘The Idol’.

The Institute is also supporting the attendance of three Qatari filmmakers and content producers to attend the TIFF industry programme. Bassam Al Ibrahim and Mohamed Al-Ibrahim from Innovation Films and Khalifa Al-Haroon, the founder of iLoveQatar.net and the iLoveQatar network are participating in the seven day industry conference that brings together over 250 high caliber speakers on a range of topics relevant to the industry including financing, co-producing, marketing & distribution along with sessions dedicated to the craft of filmmaking, including master classes with prominent filmmakers.

‘The Idol’, directed by two-time Academy Award nominee Hany Abu-Assad (‘Paradise Now’, ‘Omar’) made its world premiere on Friday evening in the prestigious Special Presentations programme. Co-financed by the Doha Film Institute, the film tells the remarkable true story of Arab Idol winner Mohammad Assaf. Hany Abu-Assad and Mohammad Assaf were in attendance along with Qais Atallah, the Gazan actor who plays the young Assaf in the film and Ahmad Qasim and Abdelkader Abubaraka who play his childhood friends.

Leading US trade publication, Variety, praised the film by saying: “A thoroughly captivating portrait of Mohammad Assaf, the Gazan singer who won Arab Idol at age 23 and became an irresistible symbol of hope for Palestinians worldwide” and claims it is “a picture that deserves an audience well beyond its natural Arab fanbase.”.

Doha Film Institute CEO Fatma Al Remaihi said: “We are very proud to be in Toronto to represent Qatar at this important international gathering for the film industry as TIFF celebrates the milestone of its 40th year. The TIFF programme is always an inspiring reflection of what is happening in world cinema at this point in time and we are delighted to have supported nine films in the line-up in their journey to the screen. We are also very pleased to facilitate the attendance of three talented Qatari filmmakers and content creators to participate in the industry component of the Festival to further their professional development and networks within the international film community.”

Al Remaihi participated in a panel on the weekend as part of TIFF’s Industry Programme titled “Industry Dialogues: Financing Talent Discovery” where she spoke alongside Doreen Boonekamp, CEO of the Netherlands Film Fund; Laura Michalchyshyn, Executive Producer and Co-Founder of Sundance Productions and Deborah Sathe, Head Of Talent Development and Production at Film London. The panelists shared insights on how the financing process can lead to the discovery of new filmmaking talent through international opportunities, programs and mentors—and what filmmakers can do to get noticed.