Dana Alfardan, CEO of DNA Records, Qatar’s first record label, has confirmed her latest signing of celebrity DJ and producer, Juan Pestana, launched at an exclusive media event at Antica Pesa on April 28th, 2016. Juan’s debut performance, the DNA Records Take Over Event will also be hosted at The St. Regis Hotel, the finest address in Qatar. Juan Pestana and DNA Records will also be releasing Juan’s highly anticipated debut single, We are The Light, at the media event.

The rising Portuguese producer who grew up on the island of Madeira and also has Venezuelan heritage, has had a deep love and passion for music from a young age, as Juan started playing the piano when he was just six years old after his older sister received it as a birthday gift, but she wasn’t too interested in playing it. Over the years, Juan built his first home studio where he spent countless hours playing songs that he heard on the radio, recording them and then mixing them, heavily influenced by electronic music that had started to sweep the world’s airwaves in the early 90’s.

As a self-taught musician, Juan invested a lot of time in honing his musical talent by forming his own band at 14, learning to play and perform music across a wide range of musical genres including rock, pop and Latino, and then touring with his band across Portugal and Europe, as he simply loved the feeling of playing live music in front of a crowd of people.

Following his move to Doha, Qatar in 2012, Juan has been busy expanding his musical abilities as he now also plays the bass guitar, drums and percussion. During this time, Juan has also spent a lot of time in the studio mixing music and working on his singles, including We Are The Light, written by Dana Alfardan, an engrossing and exhilarating debut which features a combination of exquisite cello played by renowned Qatar Philharmonic Orchestra (QPO) cellist Kiki Schmitz. Juan’s other singles include These Are The Best Times and The Sun Will Rise, with both melodic and easy going house tracks poised to be the summer anthems of 2016, will also be played live for the first time during The Rooftop event.

Commenting ahead of his Doha debut, Juan Pestana said: “I really love all kinds of music and I think that a lot of diversity as a musician is incredibly important. I’m really proud of everything that I have accomplished to date, especially with We Are The Light, and thanks to the ongoing support of Dana and DNA Records. With Dana’s continued encouragement and the foundation of DNA Records we have been able to create a unique sound that people are responding well to, and I’m pleased to say that Dana is constantly at the forefront of music in Qatar.” 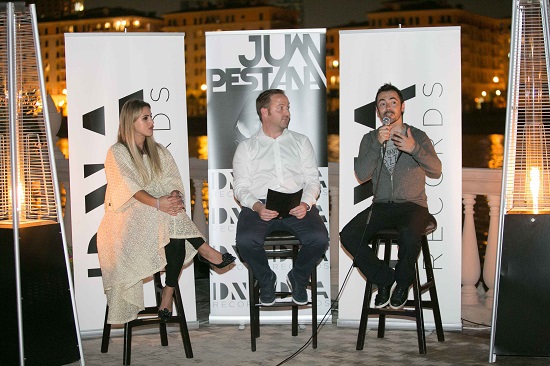 Speaking about the signing of Juan Pestana to DNA Records, Dana Alfardan, CEO of DNA Records, said: “As soon as I met Juan and I had the chance to hear his sound, I believed in him as an artist and saw what he was capable of. DNA Records is proud to be supporting and nurturing local talent in Qatar, and it is also a testament to the fact that music is continuing to grow in Qatar and that it is becoming increasingly a part of our culture, and that is a beautiful thing.”

Juan’s music style is varied covering different musical genres and periods, as he has been influenced by a number of incredibly unique musicians such as German producer Stefan Baucig. Meanwhile, Juan’s amazing ability to arrange and produce music, as well as his lively performance style which includes a live performance on the keyboard, live mixing and live collaborations with other artists including vocalists Judi Jackson, and instruments such as Cellist Kiko Schmitz and Violinist Dimitri Torchinsky, ensure an electrifying performance from Juan every single time.

Following on from last year’s successes for DNA Records, which included a song written by Dana, This Is Your Life, incorporated on international superstar, Grammy nominated, DJ Robin Schulz’s latest album, Sugar, 2016 is tipped to be a huge year for DNA Records and Juan Pestana, as fans can expect to hear a lot more over the coming months.

In 2015, Dana launched DNA Records, a homegrown record label, to serve as a long term and sustainable platform, as well as to support local and international artists, providing them with the right tools and knowledge to turn their dreams into reality. DNA Records currently operates over an international space working with recording studios in London as well as private recording studio in Qatar, as the label’s artists continue to benefit from a cultural exchange.