US First Lady Michelle Obama Arrives in Qatar for Speech 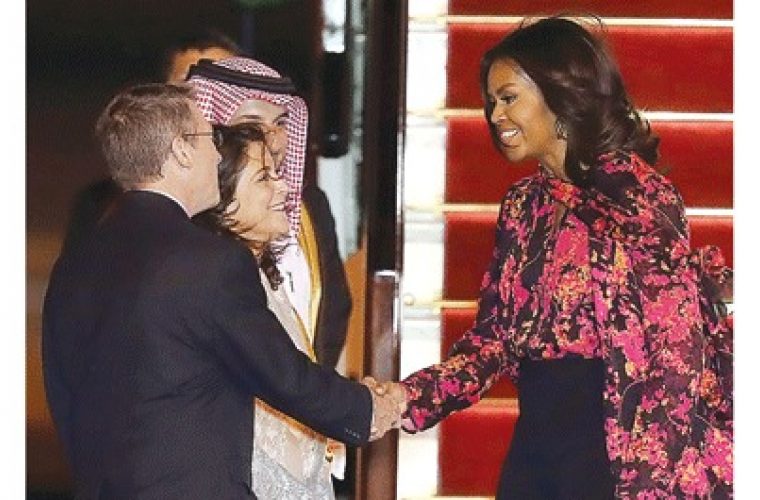 U.S. first lady Michelle Obama arrived in Qatar on Monday as part of a two-country Mideast tour, with plans to visit a crucial air base in America's war against the Islamic State group and give a speech on the importance of girl's education.

Obama touched down in Doha, the Qatari capital, on Monday night, the state-run Qatar News Agency reported, without elaborating.

While in Doha, she'll visit the al-Udeid air base with comedian and late-night talk show host Conan O'Brien. The base hosts the forward headquarters for U.S. Central Command, as well as aircraft involved in the campaign of airstrikes targeting Islamic State militants in both Syria and Iraq.

Obama is scheduled to give a speech Wednesday on her Let Girls Learn initiative at the 2015 World Innovation Summit for Education, sponsored by the Qatar Foundation. The foundation is chaired by Sheikha Mozah bint Nasser al-Missned, former ruler Sheikh Hamad bin Khalifa Al Thani's most high-profile wife.

Ahead of her speech, The Atlantic published an article online Monday by Obama, in which she said cultures, as well as funding, needed to be addressed to ensure girls are educated.

"Scholarships, bathrooms and safe transportation will only go so far if societies still view menstruation as shameful and shun menstruating girls," Obama wrote. "Or if they fail to punish rapists and reject survivors of rape as 'damaged goods.'"

From Qatar, Obama will travel to Jordan and visit a school supported by the U.S. Agency for International Development with Queen Rania. She also plans to visit Petra, an ancient city hewn from rose-colored rock that's a UNESCO World Heritage site.

Obama is traveling without the president, her daughters or other immediate family members on this week's trip.