Qatari Artists Create a Graffiti Mural to inspire the Community 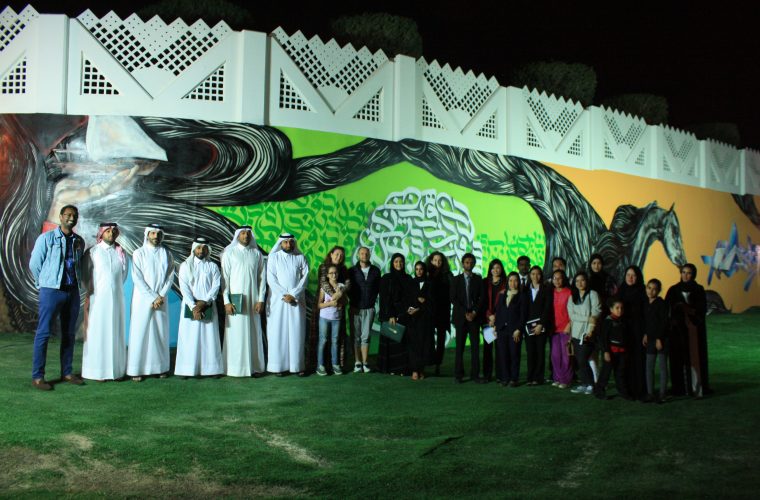 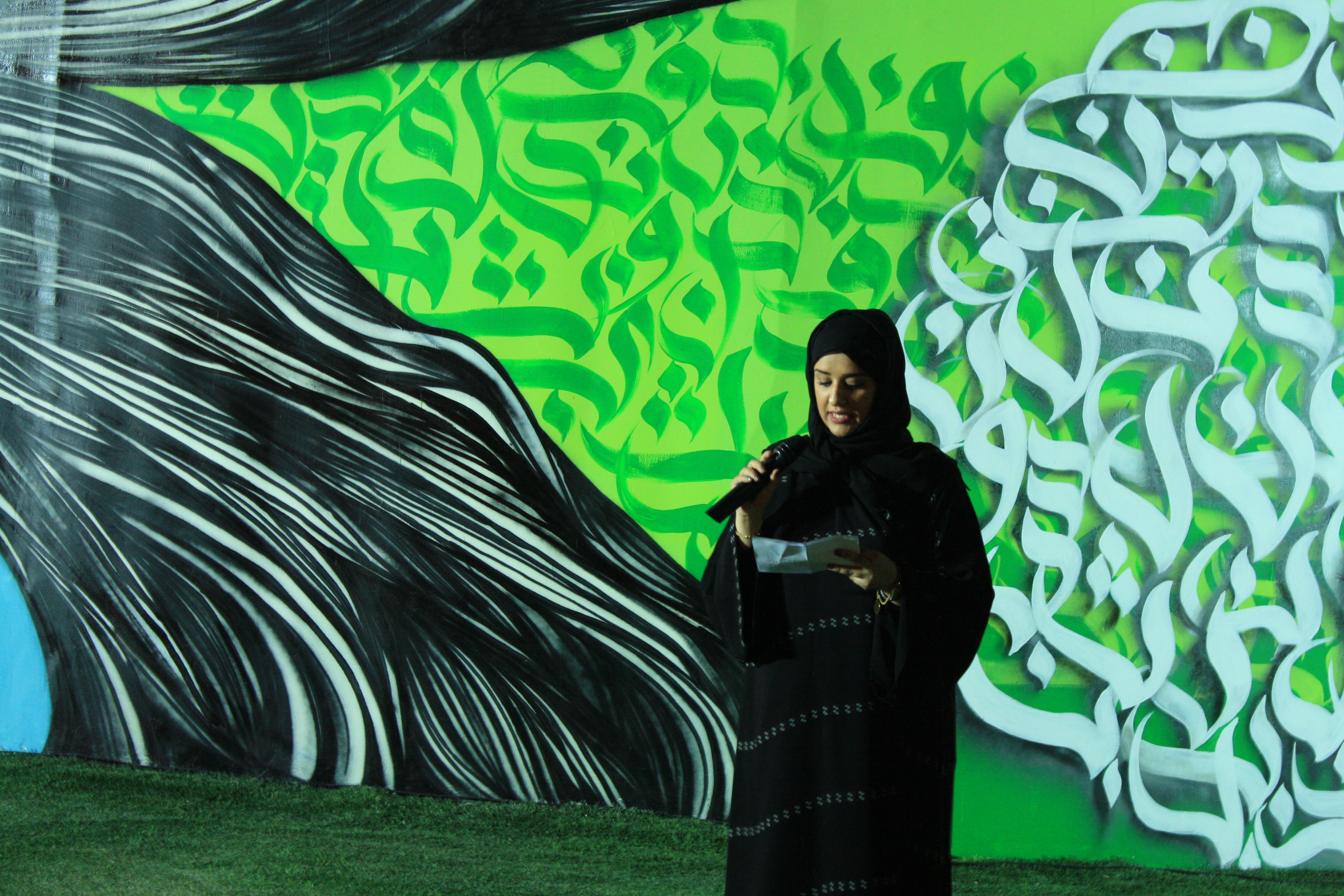 What was most challenging in this project was combining the ideas and different styles of the artists, so Ameera. It became indeed a beautiful graffiti Mural that has great aesthetic value as well as cultural significance. It now looks like the work of a single artist, when in fact 3 artists worked together to achieve a collage like work. 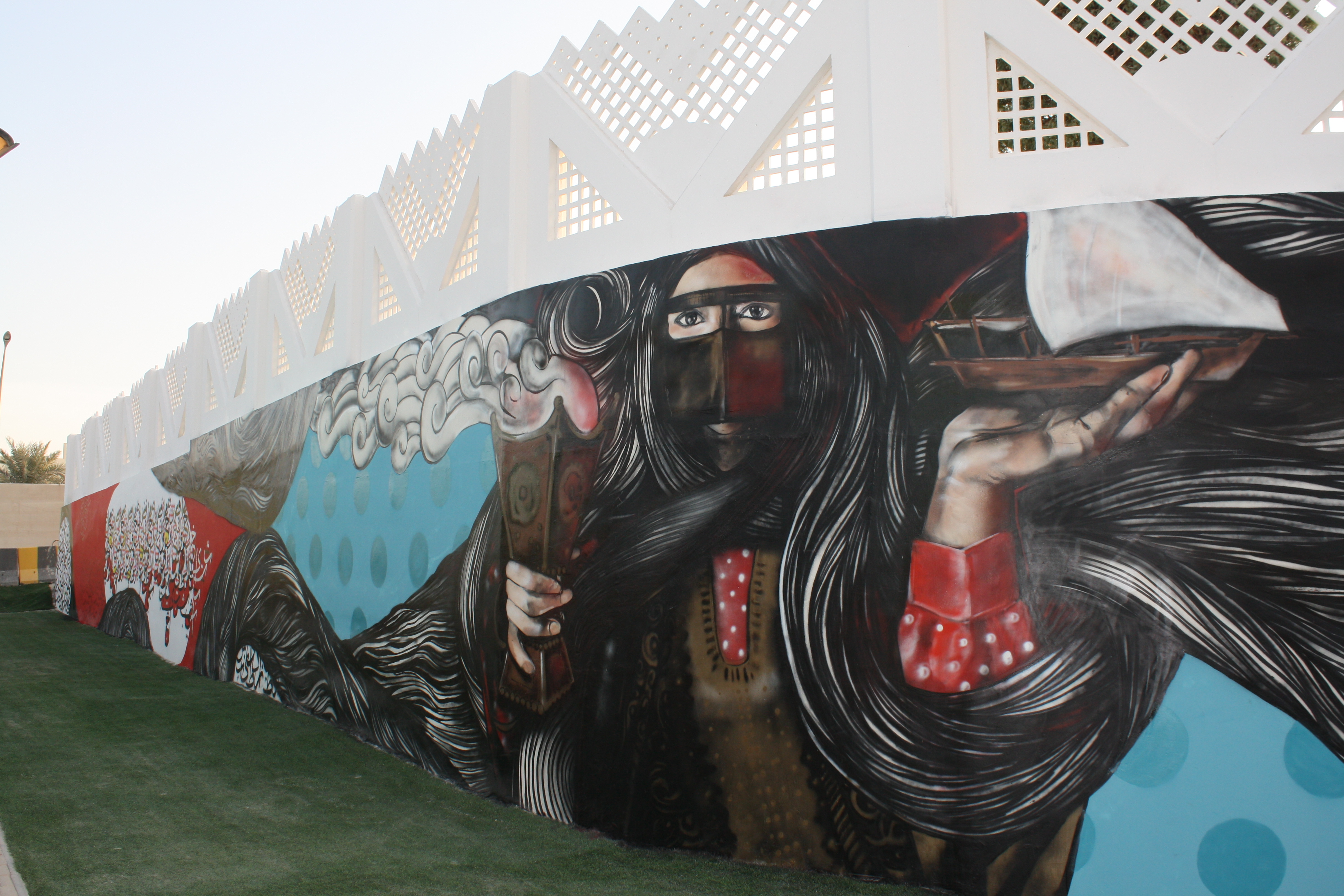 Graffiti is a youth-culture phenomenon, and should according to the artists be recognized as the beautiful form of art it is. Because of that they decided on the location in QF, which could be a means to motivate and engage students in art and to become artists, but also to serve as a landmark where tourists and visitors could be drawn to QF and education city.Graffit is believed to be traceable to Arabic calligraphy and in the Graffiti Mural we can see these forms of Calligraphy imbedded into the whole piece. 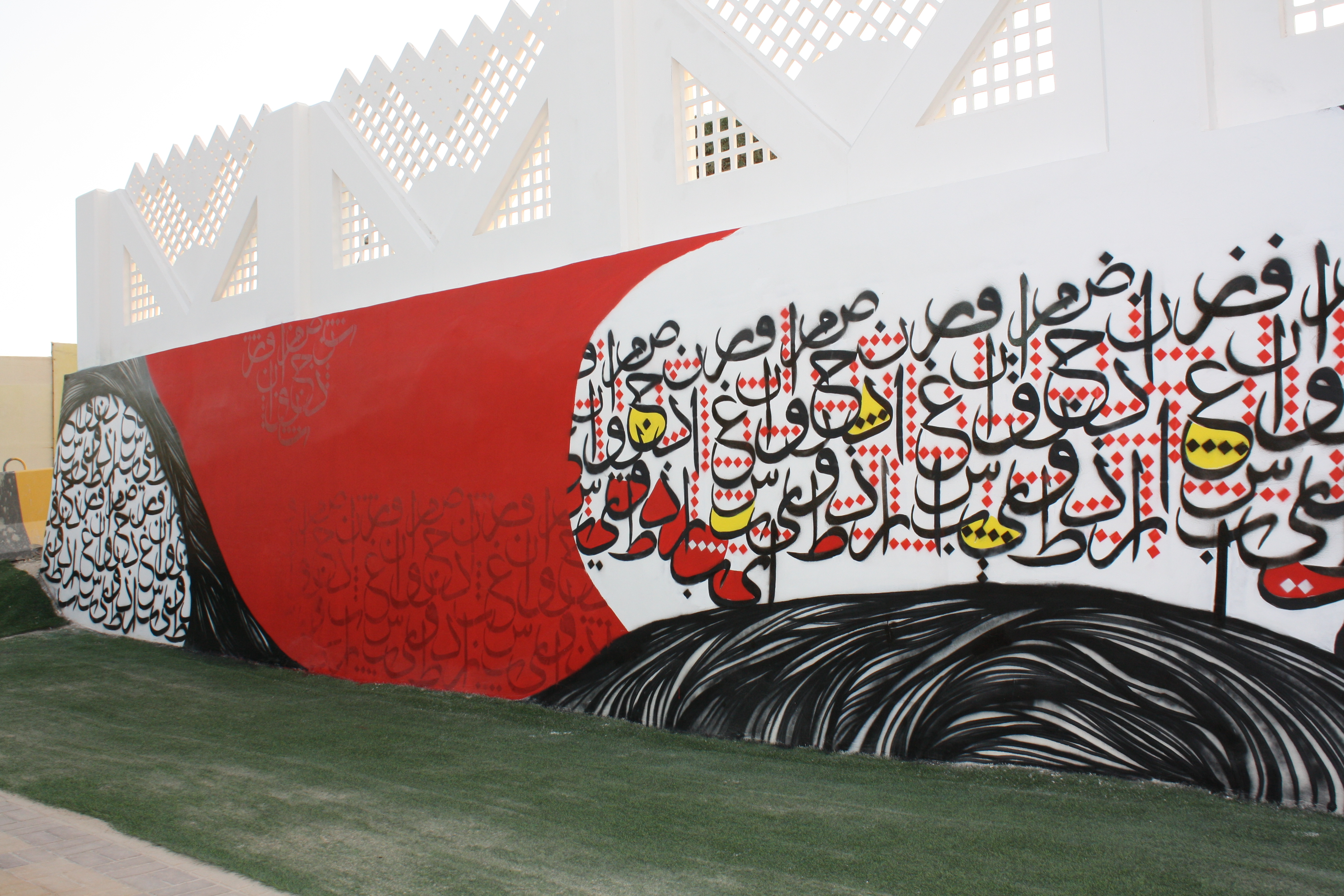 Qatar Foundation had organized this event to further promote art and vision to local youth and artists, but also the community development in Qatar. Art enthusiasts are encouraged to be artistically inspired and to know that anyone can contribute to the community, whether it is a big or a small contribution.

At the unveiling the Artists explained the meaning of the different elements they created in the Mural. The purpose of the combined work was to emphasize the status of the development of Qatar as a nation. 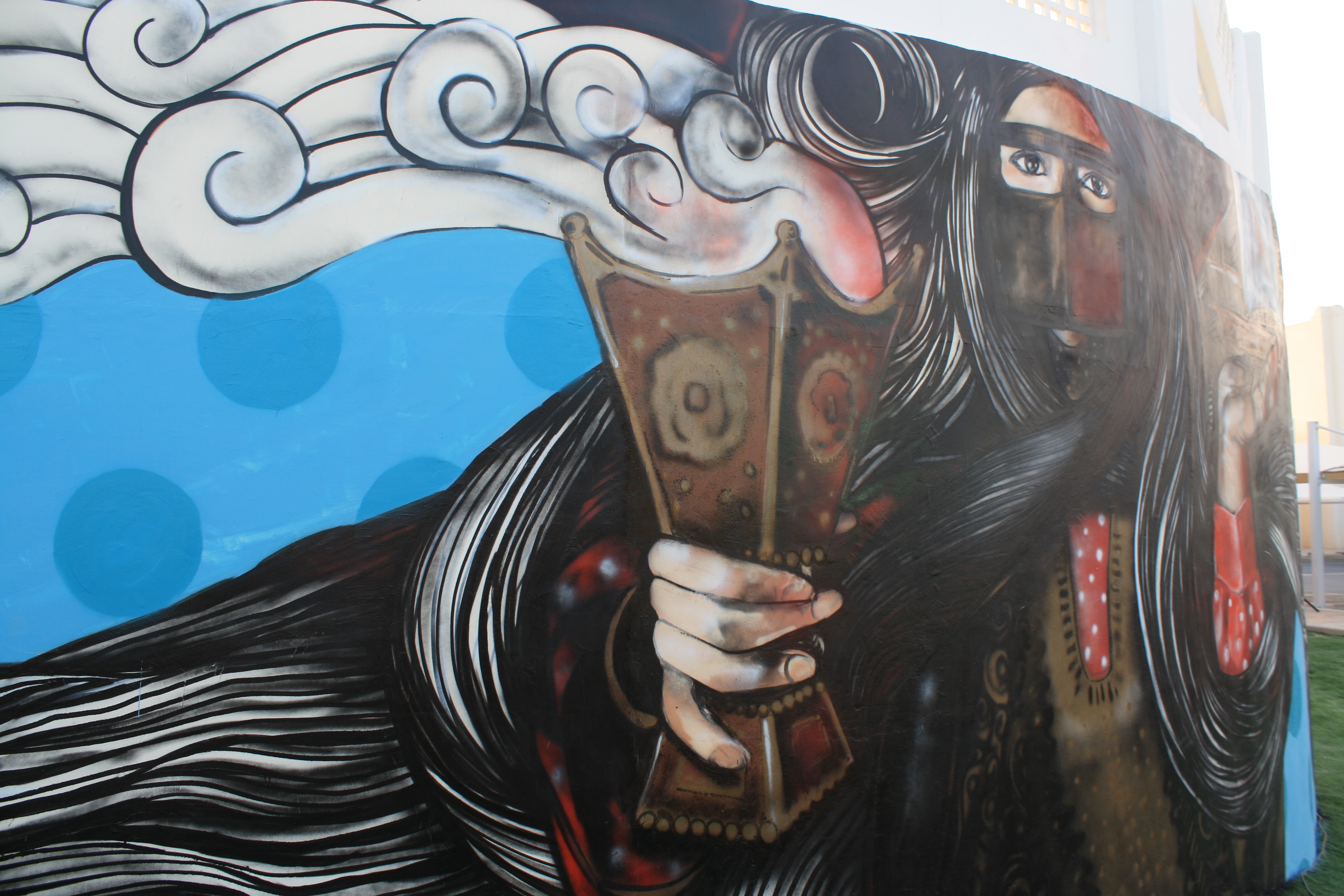 Mubarak has lately shown artistic interest in Graffiti and mainly in drawing ladies wearing traditional clothes such as “Batolah “and “thob Al nashel”, as the lady in the center of this art piece extending her hair toward both ways of the wall represents the culture and Arab strong origins and roots which came from the past and still extend, but it has been blended with more modernity evolution. Another piece by Mubark is “Never Give up”; through this sentence Mubarak addresses the young generation to encourage them to support and participate in Developing Qatar. 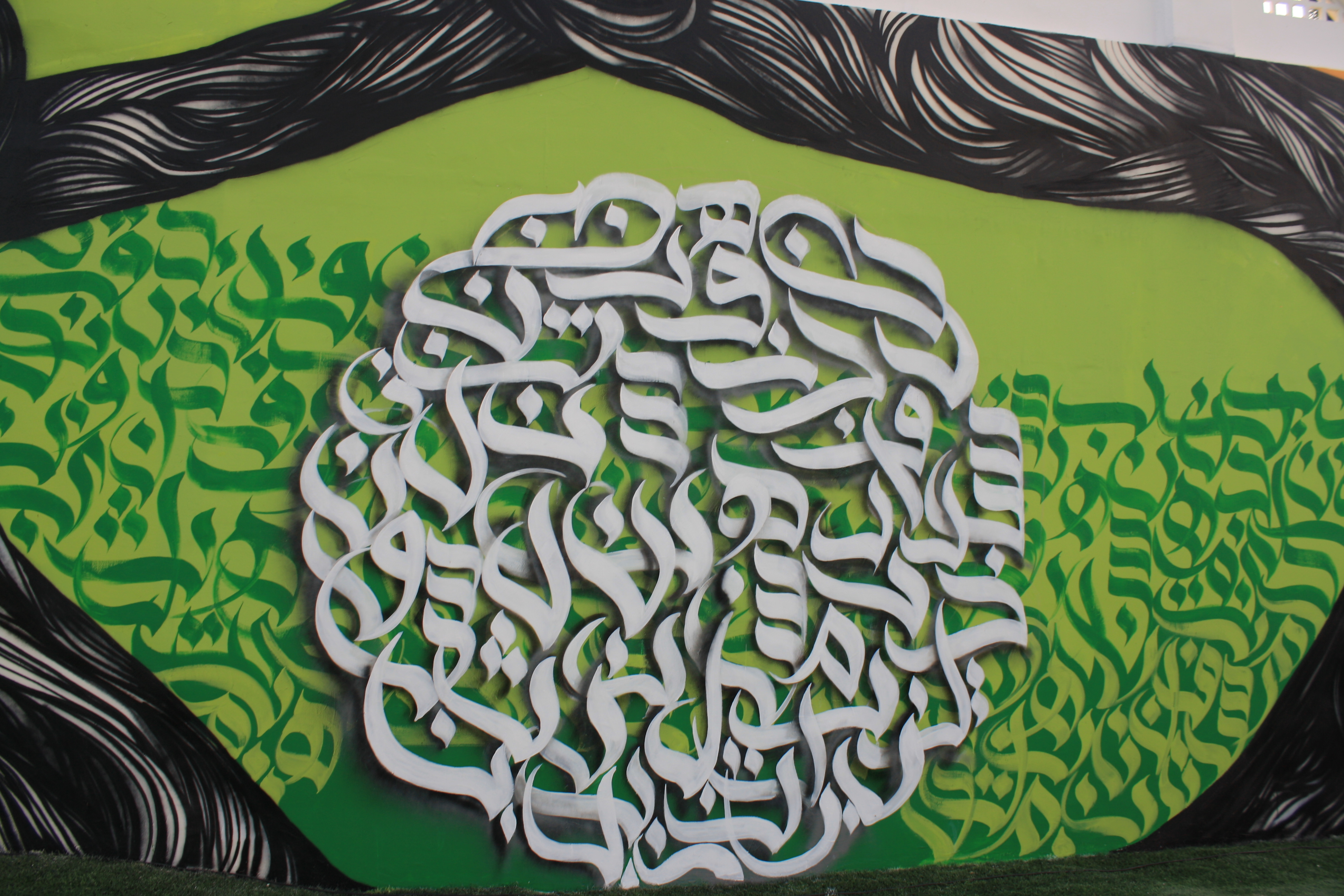 Moza has been a modern calligrapher for years, building different types of Arabic calligraphy into several compositions. In this piece Moza inspired us by Sheikh Jassim Bin Mohammad Bin Thani’s quotes which have been abstracted into modern letters using Sunbli and Thuluth Calligraphy. 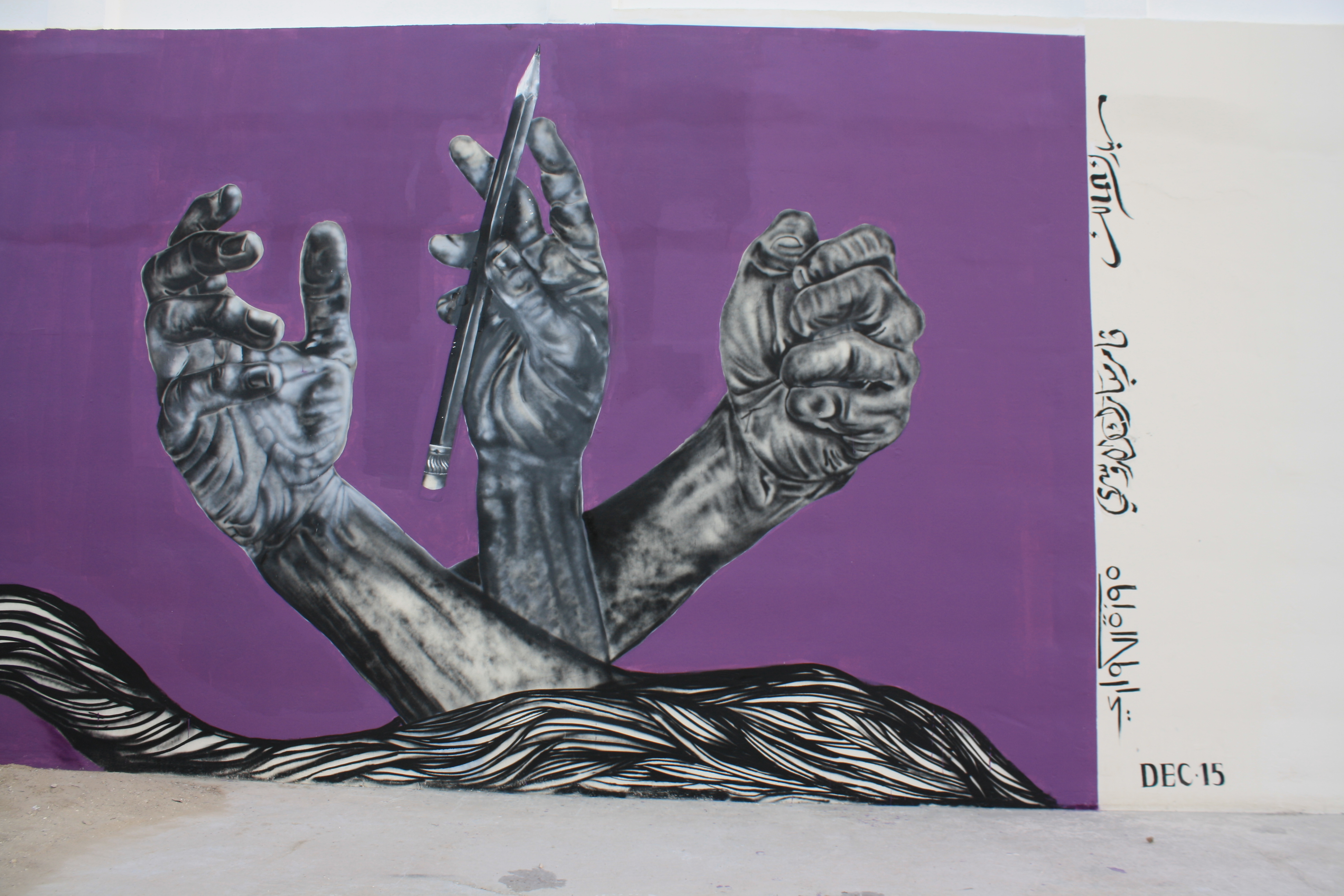 Finally, Thamer’s part of this piece is the magnificent Al Adeed Al Shaqab who was one of the most influential stallions of the 20th century, winner of the coveted title of World Champion Stallion, showing speed and dynamic movement happening in Qatar .The other part is the three hands that symbolize education, strength and generosity. 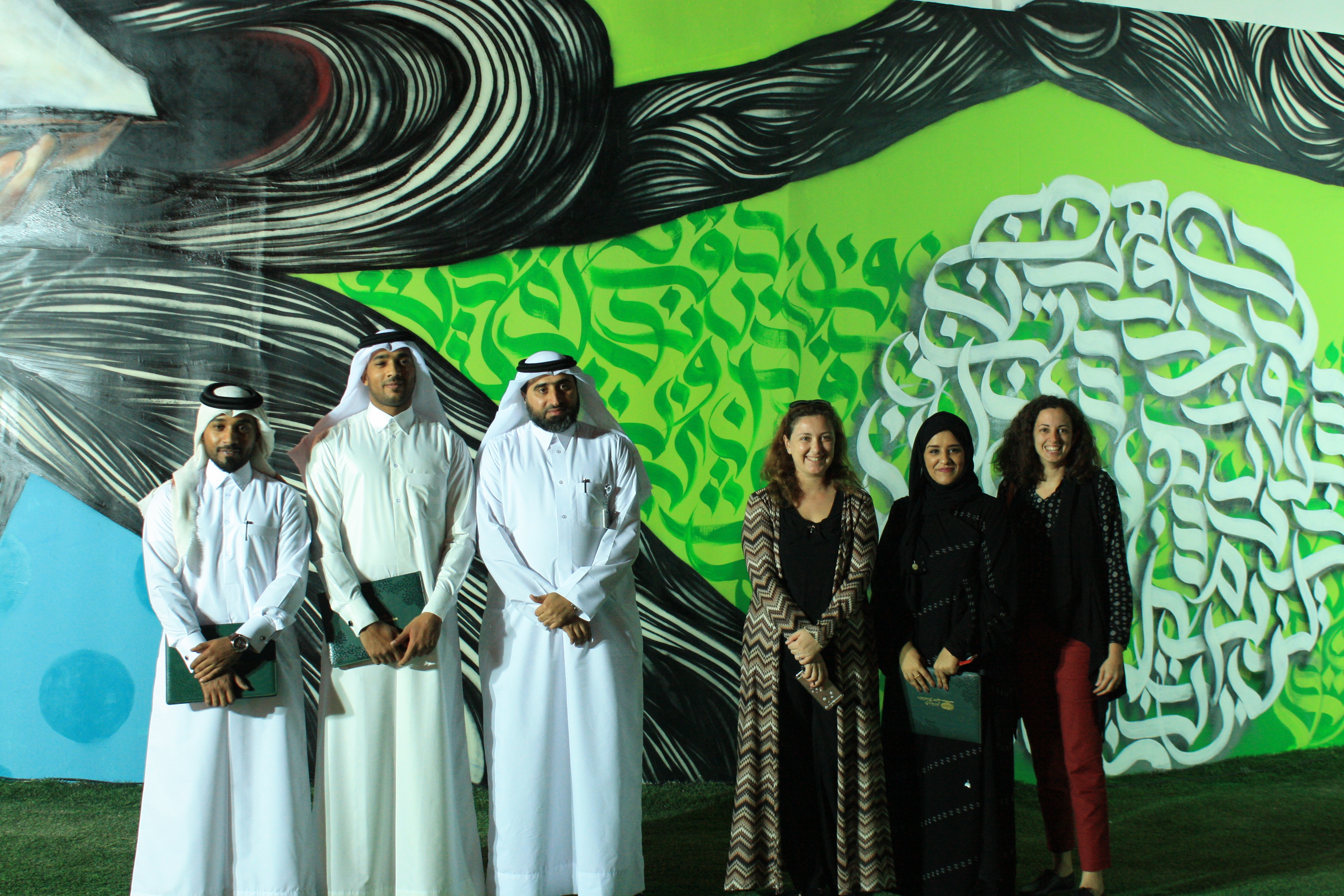 So whether you are an aspiring artist or a student, parent, or anyone in the Community, come to see the amazing work, that was all created by spray painting, and find inspiration. The inspiration and fascination is something this Mural certainly gives to you, while maybe you can then give back something to the community by creating something, sharing something or in all the ways possible. Let’s hope that following this stunning project for Qatar, there will be more and more to come, and maybe one of them is yours!