Nepalese population reaches about 400,000 in Qatar; Migration app to guide them soon 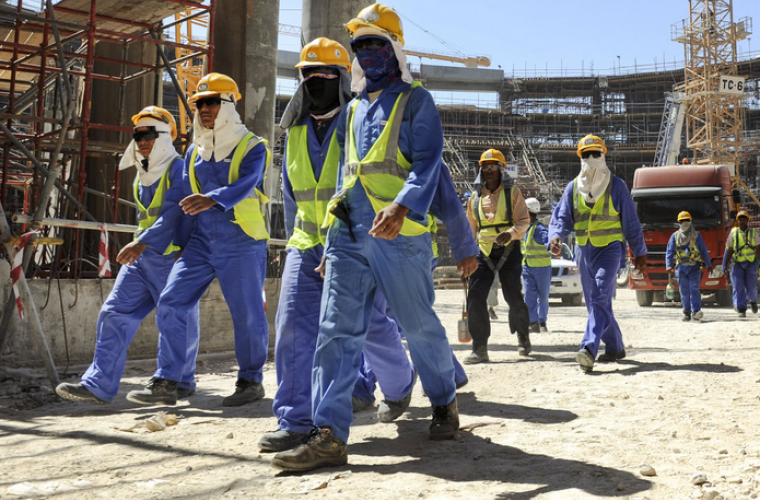 A mobile app that provides crucial information on migration processes and services will soon be available to Nepalese working in Qatar and other countries.

Through the Shuvayatra (Safe Journey) app, migrants can access important information and resources they need to stay safe in working environments that may be dangerous, abusive and illegal.

The app combines written, audio and video content to provide migrant workers with very specific, actionable information on each stage of the migration process, and country-specific guidance initially for Malaysia, Saudi Arabia, and Qatar.

“The app had its soft launch yesterday in Nepal and will soon be available for Nepalese in some countries like Qatar,” Binesh Tamang, President, Non-Resident Nepali Association (NRNA) and National Coordination Council (NCC) Qatar, told The Peninsula.

The Asia Foundation, a nonprofit international development organisation, has funded the Shuvayatra project and will implement it with NRNA and its affiliates. Young Innovations has developed the app which will be continuously developed and upgraded.

By giving users clear and understandable explanations of the migration process, prospective migrants can use Shuvayatra to make more informed decisions and avoid unnecessary risks. “The app will provide information they need before leaving our country and laws of the host country,” said Tamang.

Over the past two decades, Nepali workers have been travelling in increasingly large numbers overseas for employment. It is estimated that close to 1,500 people leave the country every day for employment abroad, with an estimated 3.5 million out of a total population of 27 million Nepalese working and living in Gulf countries and East Asia.

Along with this trend, cases of migrant workers subjected to exploitation, human trafficking, and financial distress due to debt incurred in relation to migration have been on the rise.

NRNA has been concerned about the plight of Nepalese workers abroad. Since its establishment in 2003, it has been working to support prospective migrant workers and those working abroad, through its 73 chapters across the world engaging in support and rescue activities in case of emergencies.

However, a lack of appropriate accessible information on specific details of migration processes and services creates substantial vulnerability and risk remains a fundamental cause of Nepali migrant workers’ current plight.

Binesh stressed the importance of disseminating important information to ensure safety and welfare of Nepalese expatriates in Qatar whose population has reached about 400,000. “As a social organisation, we are working to ensure Nepalese in Qatar will know about and access the app once it becomes available,” he said, adding they are coordinating with the Nepal embassy. (Source / Image)