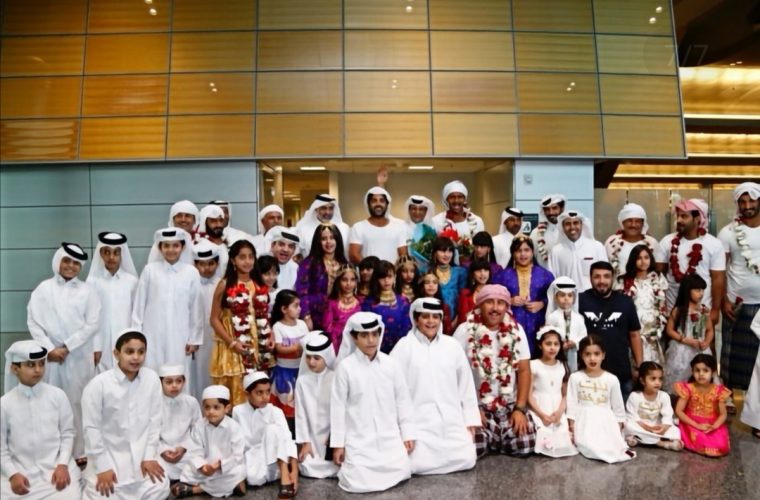 The fourth cruise of Fath Al Khair returned to Doha today after a nearly 80-day cruise that included Turkey, Greece, Albania, Croatia and Malta. The cruise aims to raise awareness about the Qatari heritage, especially the maritime culture. It also aims to promote for Qatar's hosting for the World Cup 2022 and presents its preparations for that event.

The cruise, which its crew members arrived at Hamad International Airport tonight amid a warm reception, started from Babik harbor in Istanbul to the port of Sliema on the east coast of the Mediterranean island of Malta after it travelled to various coasts of European countries.

Captain of Fath Al Khair cruise dhow Yousef Mohammed Al Sada said he was delighted that the first stage was completed and the crew members returned home safely after about 80-day cruise which included Turkey, Greece, Albania, Croatia and Malta.

Last Tuesday, the cruise arrived at the port of Sliema in Malta where a ceremony was held and attended by General Manager of the Cultural Village Foundation-Katara Dr Khalid bin Ibrahim Al Sulaiti, and a gathering of officials and members of the diplomatic corps in Malta.

The second phase will set-off in June 2020 and will include harbors in France and Spain, while the third phase will pass through to Morocco, Algeria and Tunisia.