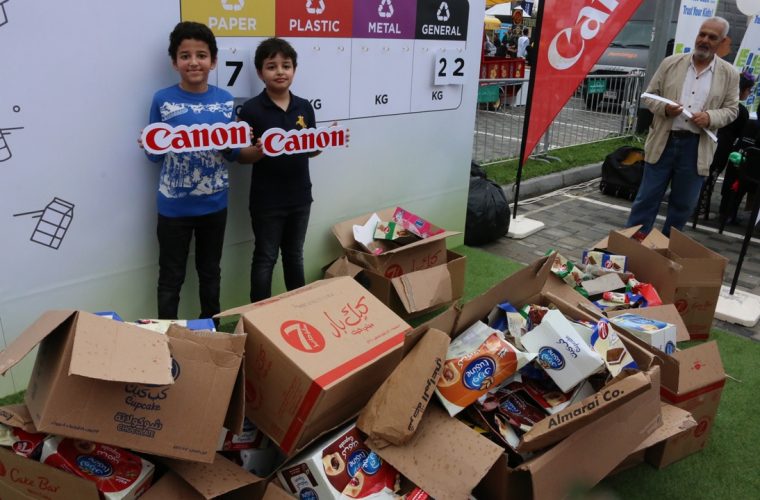 HE Saeed Mohammed Al Tayer, MD & CEO of DEWA said, “Dubai has achieved a remarkable reduction of carbon emissions and energy use during Earth Hour 2017, which was organised by Dubai Electricity and Water Authority (DEWA) in cooperation with the Dubai Supreme Council of Energy and the Emirates Wildlife Society (EWS). DEWA organises Earth Hour in adherence with the directives of HH Sheikh Mohammed bin Rashid Al Maktoum, Vice President and Prime Minister of the UAE and Ruler of Dubai, and under the patronage of HH Sheikh Hamdan bin Mohammed bin Rashid Al Maktoum, Crown Price of Dubai and Chairman of the Executive Council of Dubai. DEWA recorded a reduction of 244MW, a 22MW increase compared to last year, this resulted in offsetting 107 tonnes of carbon emissions, an 11 tonnes increase compared to last year. The significant results, which Dubai has achieved indicate the importance of the rational use of energy and reducing Dubai’s carbon footprint to protect the environment and natural resources to achieve sustainable development.” Said HE Saeed Mohammed Al Tayer, Vice Chairman of the Dubai Supreme Council of Energy, and MD & CEO of DEWA. 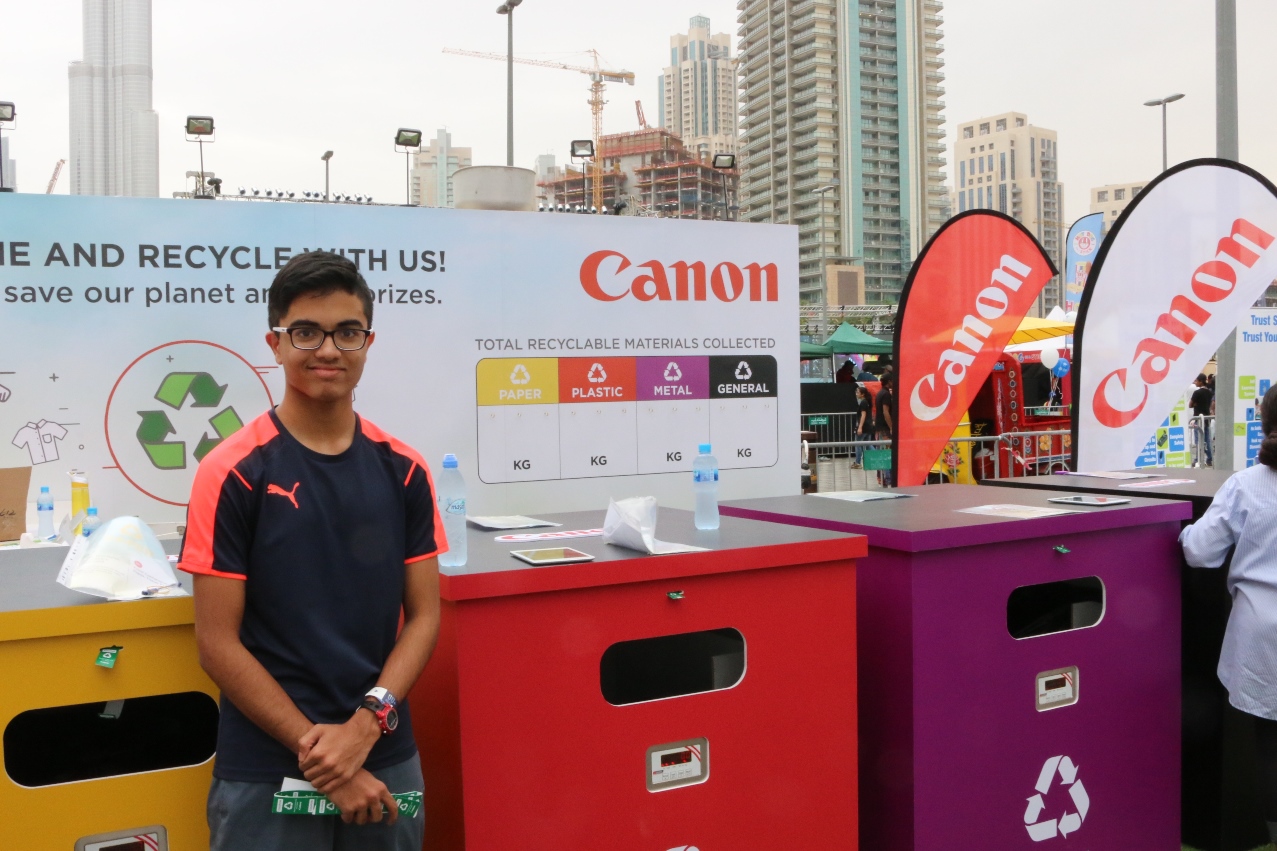 Canon supported the event through a cinema screening on renewable energy titled ‘The Breakthrough in Renewable Energy’ in addition to organising family-oriented activities. The event was a great success, which witnessed many visitors participate at the Earth Hour event.

In addition, Canon also exhibited an innovative recycling stand where invitees from the community disposed their waste sensibly, which was tracked by logging in through an electronic system. In total 7,018 items were recycled at the Earth Hour, with the highest number of items disposed by the top three visitors receiving a camera power shot as a prize. Yousef was the top winner with 2,736 items recycled, with Mohamed the runner-up with 1,440 items and Ruben coming in 3rd with 1,202 recycled items. The company acknowledged the participation of these visitors and as mark of appreciation sent them a thank you note.

Anurag Agrawal, Managing Director, Canon Middle East said: “Earth Hour is aligned with the vision of our rulers of encouraging the use of renewable energy. They have emphasised the importance of helping Dubai become a world model for cleanliness, renewable energy and sustainability, which is also integrated in our global philosophy of Kyosei – the purpose of living and working together for the common good. Through this initiative, we aim to spread awareness within the community on the effectives of sustainable methods of disposing waste.

“We look forward to maintaining our long-term collaboration with DEWA, an organisation well-known for its sustainability initiatives whose aim is to promote the environment and assist them in achieving this goal every year,” Agrawal added.

Earth Hour is one of the largest movements uniting people to protect the planet, where millions of individuals around the world come together for one cause. Individuals participate and contribute by switching off lights and unnecessary appliances for one hour (8.30-9.30pm) to express the need to rationalise electricity consumption, conserve natural resources, and protect the environment. It is a global movement to raise awareness on the effects of climate change.

In recognition of Canon’s CSR commitment, the organisation has been recertified the Dubai Chamber CSR Label in 2016 for the fourth consecutive year and was recertified to ISO 14001 Environmental Management Standard in 2013. Honouring Canon Middle East regional CSR efforts in 2015, The Arab Organization for Social Responsibility awarded Canon Middle East for ‘Best Environmental Practices in the Arab World.’