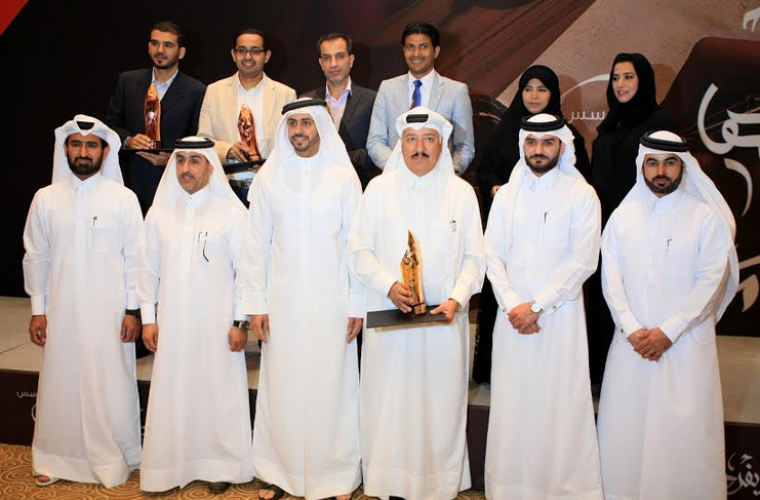 Vodafone held an awards ceremony today for the winners of its 3rd literary competition. The competitionwas launched on the 5th of December 2015 inspired by the theme of last year’s Qatar National Day celebrations, “Our help carries joy to the aggrieved” - a verse that comes from a poem written by Qatar’s founder Sheikh Jassim Bin Mohammed Al-Thani.

In the award ceremony’s opening note, Mohammed Al Yami, Director of External Affairs at Vodafone Qatar said, “What started out as a humble idea to play a role in reviving and preserving the heritage of Qatar which is key to the Qatar National Vision 2030, now in its third year, Vodafone’s literary Competition has undoubtedly grown to become a successful means to preserve the Arabic language and encourage creative writing which are important threads of our Arab culture and tradition. In addition, it is very meaningful that this competition, which annually coincides with our beloved country’s national day, has given both citizens and residents a means to express their love for this great nation.”

The first edition of Vodafone’s literary competition came to light in December 2013 with the aim to help preserve the Arabic language, encourage creative writing, celebrate the beauty of the written Arabic word, and very importantly to pay tribute to Qatar’s National Day. The competition proved to be a great success with over 100 short story and novel submissions. This was followed by several of the submissions being published by leading Arab publishing houses. The competition’s second edition in 2014 registered over 130 submissions attesting to the competition’s wide acclaim nationwide. Following this, Vodafone published some of the best literary works of 2013-2014, identified by the competition’s jury board, in a book called Marasina which was made available for visitors of the Doha International Book Fair in both regular print and Braille form.

The winners in the competition’s story collection category are:

Joint 1st place and winners of the QR 50,000 prize are Shaimaa Al-Sultan and Ahmed Abdelmalik

The winners in the competition’s poetry category are:

3rd place and winner of the QR 10,000 prize is Abdelmalik Hammouda

Vodafone received more than 150 submissions for the third edition of the competition which were subsequently assessed by an independent panel of judges. The winning submissions will be posted on Vodafone’s website