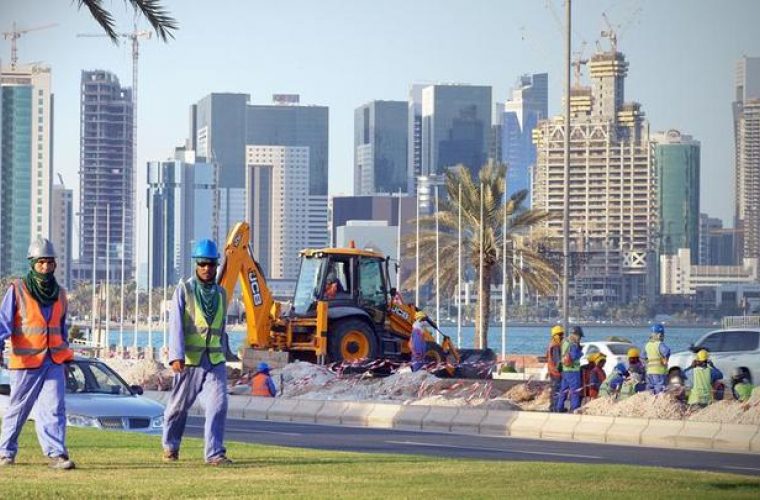 Qatar should allow workers to unionise, abolish the "kafala" system, adopt legislation to protect labour rights, and properly enforce existing legislation, according to the United Nations. Francois Crepeau, the UN Special Rapporteur on the Human Rights of Migrants, said on Sunday that there were some positive developments on migrant workers' rights in Qatar, but published a list of 15 recommendations for the country, which has the highest ratio of migrants to citizens in the world. Crepeau wrapped up an eight-day visit to Qatar to investigate migrants' working conditions. Migrant workers represent 88 percent of Qatar's population as the country undertakes ambitious development projects and gears up to host the FIFA World Cup in 2022. The vast majority of the workers come from South and East Asia. Crepeau's trip follows a fact-finding visit to Qatar in October by a delegation from the Building and Wood Workers' International, a federation of labour unions, which found what it termed "disturbing evidence" of migrant workers' maltreatment. During his visit, Crepeau met with government officials, migrant workers, academics, and Qatar's National Human Rights Committee. He praised Qatari authorities for allowing him to "visit every place I wanted to visit", lauded the ongoing discussion of a draft law on domestic workers, and said he welcomed the government's blacklisting of companies that abuse migrant workers. Lack of implementation Nevertheless, he said Qatar's labour laws "still lack implementation on the ground", noting that many employers confiscate their workers' passports despite a 2009 law that prohibits them from doing so. He also called for the establishment of a minimum wage, a more robust labour inspection system, and the abolishment of the kafala system, by which workers are bound to a single employer and forbidden to change jobs or obtain an exit visa without their sponsor's permission. Crepeau slammed the practice of detaining workers who run away from their employers and demanded better conditions of detention. In a written statement, he cited cases of "several women who were sentenced to one year prison for 'adultery' for having a baby while being unmarried. These women thus live in the prison with their babies" - which he described as a clear violation of the Convention on the Rights of the Child, to which Qatar is a party. Finally, Crepeau criticised migrant workers' living conditions, referring to labour camps that he visited in Doha's Industrial Area as "slums" and a "stain in the reputation of Qatar". "The dwellings I have visited do not conform to Qatari legislation," he told Al Jazeera. "I saw bunk beds, which are prohibited. I saw overcrowding. I saw very shoddy construction of these camps. One place in particular had no kitchens … the latrines are, let's say, minimal. Access to water was problematic at times." Qatar's Labour Ministry did not immediately respond to Al Jazeera's requests for comment. http://www.aljazeera.com/news/middleeast/2013/11/un-official-urges-qatar-labour-reforms-20131110125242850104.html