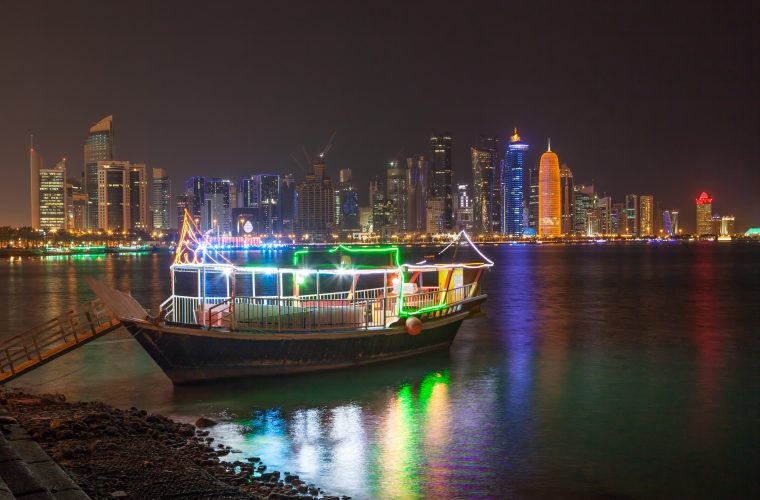 The State of Qatar has underlined the importance of building a multilateral, open, non-discriminative and fair trade system, that contributes to achieving sustainable development and better addressing the existing challenges, especially in developing and least-developed countries.

The State of Qatar further said that the multilateral trade system plays a major and important role in international efforts to achieve the 2030 Agenda for Sustainable Development, which recognizes the role of international trade as an engine for inclusive economic growth and poverty reduction, and its contributions to promoting sustainable development, and called on the international community to revitalize the global partnership on trade.

This came in a statement of the State of Qatar delivered by Nayef Majid Al Qahtani, member of the Qatari delegation participating in the 74th United Nations General Assembly, before the zSecond Committee on item (17) on issues related to macroeconomic policies, and item (18) on follow-up to and implementation of the outcomes of the International Conferences on Financing for Development.

At the beginning of the statement, Nayef Majed Al Qahtani announced Qatar's support for the statement made by the representative of Palestine on behalf of the Group of 77 and China, commending the important role played by the United Nations Conference on Trade and Development (UNCTAD), of which Qatar hosted the 13th edition in 2012, and its valuable contributions in addressing the issues of trade and development.

Also appreciated the effective role of South-South cooperation in international development cooperation, the implementation of the 2030 Agenda for Sustainable Development and its positive effects on trade and economic growth, pointing that making tangible progress in the Doha Development Round of the World Trade Organization (WTO) is essential to revitalizing the global partnership for sustainable development.

"Four years after the adoption of the Addis Ababa Action Agenda, our meeting today represents another opportunity to further strengthen our commitment to address the challenges of financing and create an enabling environment at all levels for sustainable development," said Al Qahtani. adding that the Addis Ababa Action Agenda is an important milestone and an integral part of the 2030 Agenda for Sustainable Development.

He went on saying that, out of its belief in the importance of multilateral action and recognizing participatory responsibility for achieving sustainable development, the State of Qatar, in cooperation with the United Nations Department of Economic and Social Affairs, hosted in November 2017 the High-level Conference on Financing for Development and the Means of Implementing the 2030 Agenda for Sustainable Development, to prepare for the Economic and Social Council Forum for the follow-up on Financing Development for the year 2018. This meeting saw broad participation of countries from different geographic groups, and resulted in the "Doha Ten Messages", aimed at strengthening cooperation for the implementation of the 2030 Agenda for Sustainable Development and the Addis Ababa Action Agenda.

Al Qahtani pointed out that Qatar's involvement in partnership efforts with the international community is not new, explaining that Doha hosted in 2008 the Follow-up International Conference on Financing for Development to review the implementation of the Monterrey Consensus.

He added: "Our vision in Qatar regarding the importance of joint action and multilateral relations stems from our conviction that we face the same challenges and share the same fate. in the framework of our keenness to play our role as an active partner with the international community, HH the Amir Sheikh Tamim bin Hamad Al-Thani announced, at the Climate Action Summit last month that the State of Qatar has contributed USD 100 million to support small island developing states and Least Developing Countries to deal with climate change, which threatens to undermine the achievements of the past and undermine future prospects, as the Addis Ababa Action Plan has already made clear."

"Believing that the United Nations is an international umbrella, the State of Qatar has pledged multi-year, non-earmarked support for core resources to fund a number of United Nations organizations in the amount of USD 500 million. As part of this support, a multi-year contribution of USD 20 million has been allocated to support the country laboratory network to accelerate the UNDP Sustainable Development Goals. This network provides a unique opportunity to test a new approach to address development challenges, identify and develop locally sourced solutions and expand the range of available solutions," he said.

Nayef Majid Al Qahtani pointed that Qatar ranked first in the Arab world and 11th globally as one of the largest contributors to inter-agency pooled funds for 2017, reflecting its commitment to the principle of cooperation and partnership to face challenges. He stressed that the State of Qatar will remain committed to working and partnering with the international community to address the challenges and move forward with the implementation of the 2030 Agenda for Sustainable Development and the Addis Ababa Action Agenda.