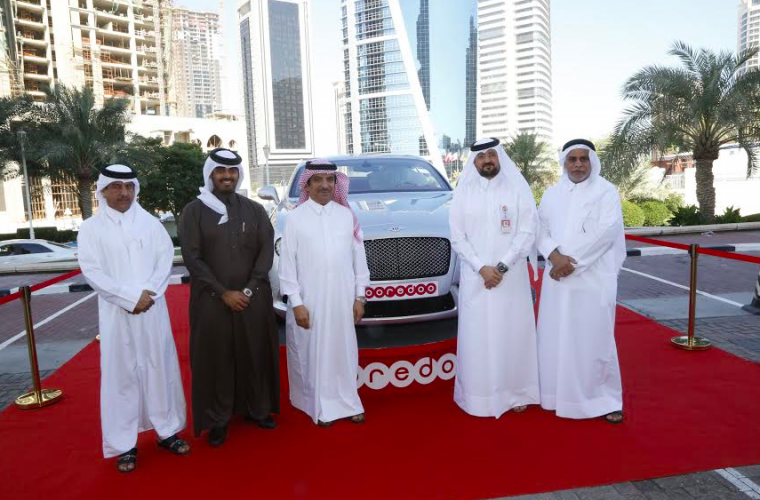 Ooredoo has today been announced as one of the main sponsors of the Hejen Racing Festival. This year’s event, which is being held on the Al Shahaniya track, will feature a host of prize camels. Ooredoo will be the sponsor of the most important races in the festival, The Silver Sword Race of His Highness the Father Emir, which is held from 25 January - 1 February, and the Golden Sword Race of His Highness the Emir, which will be held from 5 – 16 March. The announcement of the company's sponsorship came during a press conference held at Ooredoo’s HQ1 today, and was attended by His Excellency Sheikh Hamad bin Jassim bin Faisal Al Thani, Chairman of the Organising Committee for the race, and Mr. Waleed Al Sayed, Chief Executive Officer of Ooredoo Qatar. As part of Ooredoo’s sponsorship of the Hejen festival, the company presented two luxury Bentley cars to Sheikh Hamad to be distributed as the prizes for the winners of the race. Waleed Al Sayed, commented: "Our sponsorship of this race is part of our commitment to support the heritage and traditions of Qatar. Qatar is Ooredoo’s home, which is why we sponsor and support a wide range of events aimed to promote our country’s culture and inspire the next generation to continue our traditions. We also believe in encouraging everyone to take up a sport, and hope that the exciting events at this year’s Hejen will help us achieve this. Good luck to the competitors and we hope you enjoy your prize.” The Hejen Racing Festival is one of the most popular in the region, and is widely participated in by a host of the sport lovers from across Qatar and the Gulf states. In an unprecedented surge, this year’s number of camels has increased to 10,000. A jump from the previous year’s average of 4,000. Races will run over a distance of 4, 6 and 8 kilometres. “I also wish to commend the efforts of His Excellency Sheikh Hamad bin Jassim bin Faisal Al Thani, Chairman of the Organising Committee of the Hejen race and the members of the Organising Committee for their hard work, and look forward to working with them again in future" the CEO added.