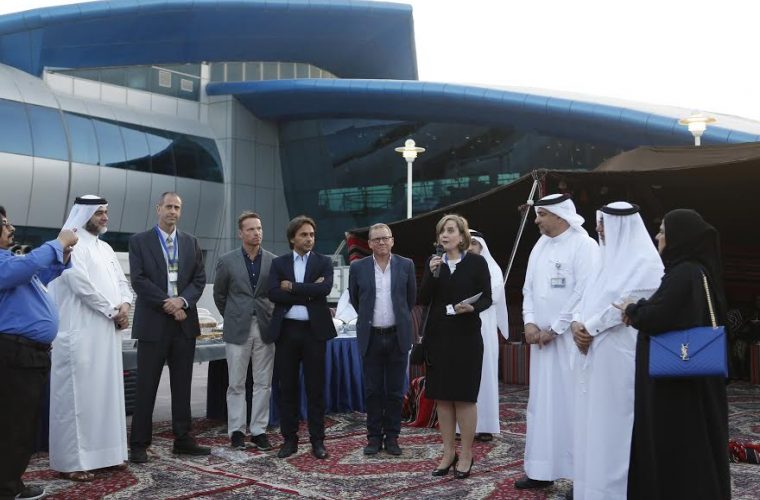 Google launched 360-degree imagery of Doha’s Hamad International Airport last week, making it the first airport in the Middle East and North Africa available to view within Street View on Google Maps for everyone on mobile and desktop.

Street View is a feature of Google Maps that lets users explore places around the world like landmarks, natural wonders, as well as culturally and historically significant sites. Today, anyone with a smartphone can explore the airport’s 23-foot Lamp Bearsculpture and other attractions in the 600,000 square-metre building.

Google used the Street View trolley,a push-cart outfitted with equipment to collect indoor imagery: a panoramic camera to collect 360-degree views, lasers to capture distances to walls, motion sensors to track the Trolley’s position, and a laptop to operate the system.

Ulf Spitzer, Head of Street View, said: “The Google Street View team continues to go to amazing places around the world because we know that our users love to see them and experience these locations online. From Urs Fischer’s Lamp Bear sculpture to the international brands that line Hamad International Airport’s duty free, travellers around the world now have the airport’s boarding gates, lounges, and much more at their fingertips.”

Hamad International Airport is the latest indoor Street View experience in the region and joins other structures such as Dubai’s Burj Khalifa and Abu Dhabi’s Sheikh Zayed Grand Mosque. It is also the latest in a long list of the region’s landmarks available for the world to explore online, including Petra in Jordan, the Pyramids of Giza, and the Liwa Desert in Abu Dhabi.

Doha’s world-renowned airport now joins other global landmarks on Street View such as Big Ben and the Eiffel towers.

The imagery of the airport’s interiors will now be available on Google Maps and can be viewed on the Street View Gallery.