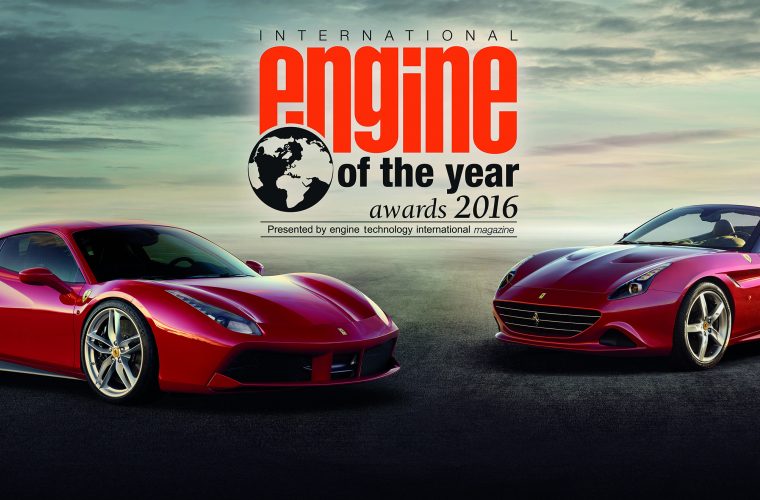 – Ferrari has been honoured to receive a record number of awards at the International Engine of the Year Award ceremony, held at the Engine Expo 2016 in Stuttgart, this morning.

With 63 jurors from more than 30 countries, the International Engine of the Year Award is one of the industry’s most coveted honours.

Ferrari took the most important of them all, the overall International Engine of the Year Award, with the twin-turbo V8 that powers the 488 GTB, 488 Spider and, with a slightly different displacement, the California T. In fact, this engine also won the Performance Engine and New Engine categories, as well as the 3-litre to 4-litre displacement category.

A concentration of uncompromising engineering solutions, Ferrari’s return to twin-turbo technology for the V8 range has set a new benchmark for turbo-charged engines. Zero turbo and a progressive delivery of torque throughout the rev range maintain unprecedented levels of driver involvement, as well as providing a signature Ferrari soundtrack and power delivery that propels the Prancing Horse into the lead in this segment.

According to Graham Johnson, co-chairman, International Engine of the Year Awards,

“It’s a giant leap forward for turbocharged engines in terms of efficiency, performance and flexibility. It truly is the best engine in production today and will forever be remembered as one of the all-time greats.”