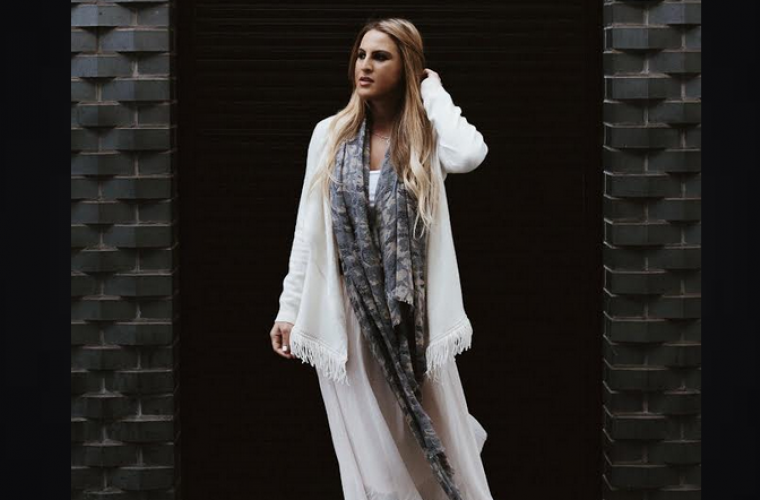 Board any Qatar Airways flight and you will experience the music of Qatari composer, Dana Al Fardan. Being appointed the airline’s Official Composer was just one of the highlights of 2017 for Dana, not just here in Doha, but internationally. Another was writing a track for Syrian superstar, Assala Nasri’s latest album. The song, Sandoo’ Segheer, has enjoyed huge global success with over 4 million plays across Spotify and YouTube. Other landmark moments included seeing a full programme of her music performed in London for the first time, at the Haymarket Theatre, featuring the London Metropolitan orchestra with guest musicians from the Qatar Philharmonic orchestra, and a special appearance by Assala, to sing Sandoo Segheer. 2017 closed with Dana being named Woman of The Year by Grazia Magazine.

In 2017 Dana visited Moscow, where her music was chosen to be performed by visiting members of the Qatar Philharmonic, playing alongside Russian musicians, to mark the launch of the Qatar Russia Year of Culture 2018, so she is now reflecting on a productive and exciting year. As she said in her opening speech to an audience of invited dignitaries and diplomats in Moscow, 2017 saw Dana’s material performed in the true spirit of the unique ability music has to unify nations by transcending all cultural divides.

Following the success and hugely positive response to her debut London concert in the autumn, Dana has since been working on three film scores, for established British movie producers. She sees this collaboration as a reflection of the strength of the longstanding commercial and cultural relationship between Qatar and the UK. A medley of two scores was premiered during the Qatar British Festival, with performances at the British Embassy, and the Abdul Aziz Nasser Theatre at Souq Waqif.

After what was a challenging year for her nation, Dana is very much looking forward to 2018 with an optimistic outlook, not just for her music, but for Qatar itself. She says, “Last year proved how able we are in Qatar to come together in solidarity in difficult times. With tenacity and national resourcefulness, we have not only survived the last six months, but have felt a sense of revitalised strength in our people’s ability to look ahead in partnership with the international community both inside and outside of the country. I felt that strongly when my song, One Nation, was released last year. That was my opportunity to pay tribute to my beloved country and leverage the support of my fellow musicians. At times like these, the cultivation of our nation’s culture and cultural initiatives becomes even more important than ever. I am privileged to be working with some incredibly talented musicians and arts professionals, both here in Doha and internationally, and to be an active component in building the foundations of a Qatari music industry. This industry includes the key element of creative education programmes for our next generation and the creation of original musical content within Qatar for international export. When you consider the annual value of music to our great commercial and diplomatic partners in the UK, which was around £4.4bn in 2016, it’s possible to see the potential revenue this industry can contribute to our nation with the presence of key institutions such as Katara Studios and the presence of a Philharmonic Orchestra, as well as the educational components under Qatar Foundation. These are all key to manufacturing and exporting original content. Having experienced such a warm response to my music in 2017, I look forward to more opportunities to showcase cultural preeminence internationally”.

Dana’s new year has started on a very positive footing as she looks forward to the launch of an album she was commissioned to compose for the Qatar Museums Authority.

Beyond that, she is excited about the international premiere of a musical she has co-written, based on Khalil Gibran’s 1912 poetic novel, Broken Wings. The musical will go to workshop in January, featuring a group of West End stars, followed by an album recording mid February. The album will be launched on the 10th April 2018 worldwide, both digitally and physically. Broken Wings world premiere is due to take place at the end of July 2018 in London’s West End. A series of events in London and across the UK in partnership with the Qatar Embassy in London are also planned throughout the year. If 2017 was anything to go by, 2018 is set to be a busy one...