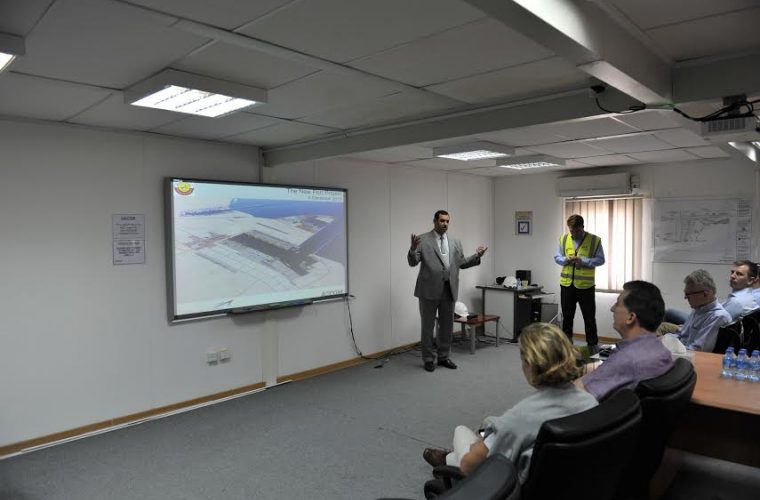 Cruise passengers will make more than one million visits to GCC countries this 2015/2016 season, providing a tremendous boost to the region’s tourism sectors and overall economy, figures from the Cruise Lines International Association reveal.

The news comes ahead of tomorrow’s Seatrade Middle East Cruise Forum, which takes place at the Marsa Malaz Kempinski, The Pearl, Doha, and is hosted by Qatar Tourism Authority (QTA). The two day summit and conference runs from 7-8 December and brings together global cruise line executives and regional stake-holders who will present and discuss innovative ways to tackle some of the challenges as well as opportunities for the industry’s growth in the region.

According to Hassan Al Ibrahim, Chief Tourism Development Officer at QTA, the Forum could not come at a better time as this year marks a turning point in Qatar’s cruise tourism industry. He said: “We are proud to be hosting the Seatrade Middle East Cruise Forum at an exciting time for the global industry, when growth is continuing worldwide, particularly in newer destination markets.

“Here in the Gulf we have seen well over 20% growth per annum in the cruise industry over the past year, as travelers learn about the new and unique experiences the region offers over traditional cruise lines, such as those covering the Caribbean and the Mediterranean. In a short amount of time, the Arabian Gulf has risen to the top three cruise destinations worldwide during the winter months.”

Qatar is enjoying healthy growth with five more ships expected this season which began in October and ends in April 2016, he added.

Officials from Qatar Ports Management Company ‘Mwani Qatar’ will present their five-year development plan at the Forum’s opening session. “We are pleased to be working with Qatar Tourism Authority and other Government entities in Qatar, in order to capitalise on the growth of the cruise tourism industry, through projects such as Hamad Port and the redevelopment of the current Doha Port. We have made great progress, and within the next season Qatar will be able to receive larger cruise ships, enhancing our capacity and potential to welcome increasing number of tourists to Qatar,” said Capt. Abdulla Al-Khanji, CEO of Mwani Qatar.

Other regional ports have also seen a growth in cruise passenger numbers. Abu Dhabi Zayed Port has scheduled 111 vessel calls with 210,000 passengers from across the globe during 2015/2016 season which represents a five-fold increase in number of passengers and ships visiting Abu Dhabi since the first cruise season during 2006-2007.

Along the UAE coastline, Dubai has also welcomed a staggering increase in cruise tourists with a projected 550,000 passengers expected in 2016 and the capacity to handle 6 cruise ships simultaneously.

In the northern emirate of Sharjah, which is home to two ports and plans for steady growth, the coming season will see 43 calls and 93,000 passengers.

Muscat, which was host to the 2015 Seatrade Middle East Cruise Forum, also continues to report an increase in cruise passengers as well as Bahrain, which earlier this year, announced its share of the Middle East cruise port call market will double in 2016 with the number of cruise ship visits jumping to 54.

Chris Hayman, Chairman of Seatrade – organisers of the Forum – said: “Once again, the Seatrade Middle East Cruise Forum is committed to promoting the region as a cruise destination and will continue the conversation of key issues impacting the development of the Arabian Gulf’s cruise industry.

“The Forum will welcome 12 international cruise line executives which in itself is indicative of the level of commitment these cruise lines have to the region and their eagerness to impart knowledge and help the region grow its share of the global cruise marketplace.”

The two-day Forum begins with a high level Summit and on Day 2 is open to delegates who have a vested interest in the future of cruising in the region.