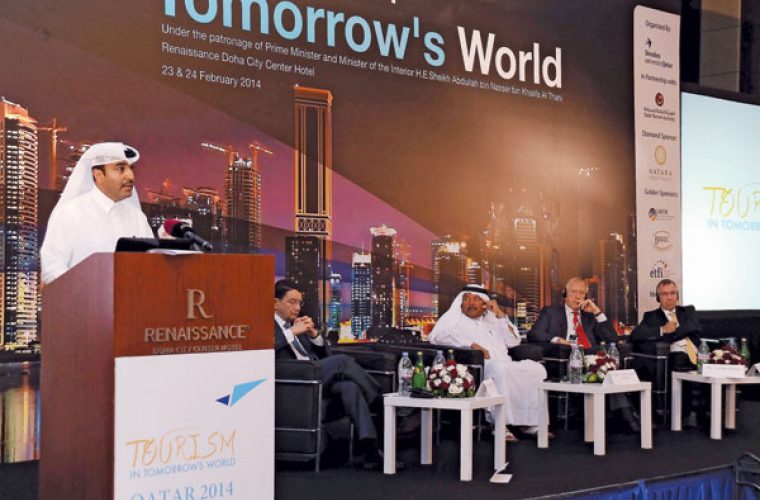 Around $40bn to $45bn will be allocated to develop Qatar’s tourism industry by 2030 as part of the National Tourism Sector Strategy 2030, according to Qatar Tourism Authority (QTA) Chairman Issa Al Mohannadi.

“We must be well-prepared to develop a post-carbon economy. Tourism is an untapped resource. Turning Qatar towards a tourism economy is the first step after oil and gas,” he told over 250 delegates from all over GCC at the two-day conference.

He emphasised Qatar’s commitment to developing a sustainable tourism and hospitality sector with the target of over seven million tourist arrivals by 2030 — a seven-fold increase over current tourist numbers. This, he said, was a cornerstone of the QTA’s National Tourism Strategy.

Al Mohannadi said the Strategy also aimed to increase the tourism sector’s contribution to the country’s GDP from less than one percent to more than three percent by 2030, and boosting employment in the sector from 25,000 in 2012 to 127,000 by 2030. “The world is changing. We must open up our hearts and minds. We must invite people to our country so we can learn from them and they can learn from us,” he said. Al Mohannadi said Qatar can offer an authentic tourist experience as a unique global destination which prides itself on its cultural heritage and unparalleled mix of tourist spots worth visiting.

Dr Rifai stressed: “No longer the preserve of the wealthy, today everybody has the right to travel. Travel is not just a need. It is a human right.”

Underlining the importance of sustainable travel, Dr Rifai said: “Social, economic and environmental sustainability is very important. We have to meet the needs of tourists while protecting our capital – our national and cultural heritage, for generations to come.”

He welcomed QTA’s National Tourism Strategy saying: “Qatar is a good example of how you take tourism and make it the national priority. Without a national policy, tourism cannot progress. Tourism is the oil that never runs out.”

Professor Robert Coelen, Executive Dean of Stenden University Qatar, spoke of the need for more academic research to understand the current tourism environment and to help Qatar – and the region – plan for the future. He said: “We need to establish a local base of academic talent to focus on research that can steer tourist developments. Qatar must move from being a knowledge consumer to become a cutting-edge knowledge producer in economically important sectors.”

“2030 will be a very different world. A key factor fuelling the significant increase in number of international travelers is the rising middle class, particularly in China. If we are developing infrastructure, systems and ways of moving forwards, we have to think about what this world will be like.”

Organised by Stenden University Qatar in partnership with QTA, the conference examines future trends in tourism, in the region and globally, and the legacy of major international events.