“The Majlis – Cultures in Dialogue” global tour moves to the Weltmuseum 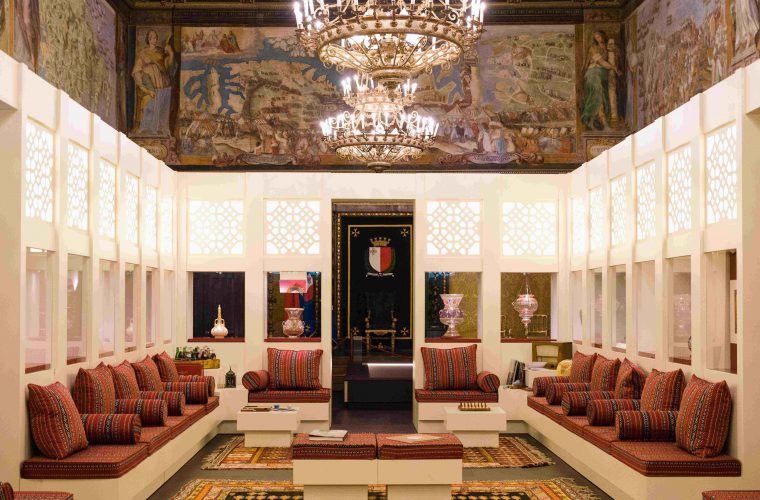 ‘The Majlis – Cultures in Dialogue’ exhibition, launched by the Sheikh Faisal Bin Qassim Al-Thani Museum in collaboration with the UNESCO Doha Office, is pleased to announce that it will be coming to the Weltmuseum in Vienna on September 17, 2019, the fourth stop on its global tour.

The Exhibition brings together a unique collection of artefacts assembled by the Sheikh Faisal bin Qassim Al-Thani Museum, highlighting the interaction between previous civilizations while encouraging present day dialogue. It follows on from the success of its three previous exhibitions held at the Grandmaster's Palace in Valletta, Malta, and at the UNESCO Headquarters and the Arab World Institute in Paris, France.

The Exhibition will be held over four months, under the Platinum sponsorship of Qatar Shell, at the Weltmuseum Wien, an ethnographic museum which houses some of the most important collections of non-European cultures. It is an exhibition which promotes dialogue with the public, as well as with the hosting institutes which contribute distinctive items from their own collections.

The concept behind this diverse cultural exhibition is to recreate the atmosphere of the Majlis—the area for hospitality and discussion in homes in the Arabian Gulf—so offering visitors the opportunity to exchange ideas about the similarities between different cultures and about how these have been expressed in technology, art and culture.

The exhibition in Vienna will engage visitors through several different activities. There will be a focus on Education, promoting tolerance and diversity through cultural objects from all over the world. Additionally, a program of Majlis Talks will encourage visitors to respond to what they see and share their own stories, so creating dialogue between the East and the West, the young and the old, within a real majlis setting.

Showcasing an exceptional collection that reflects the beauty of centuries of intercultural dialogue, the Exhibition encourages visitors to sit in the Majlis, listen to stories, engage in conversations, and discover the unique Majlis experience. The beautiful and fascinating exhibits include Chinese Qurans, mosque lamps made in Vienna, Persian carpets with Russian texts featuring the Virgin Mary, and mystic artefacts from Africa to India.

“The tangible, intangible and documented heritage of our ancestors – their artefacts, handicrafts, arts and songs – is an essential part of fostering a cultured and civilized dialogue between nations today. We hope that by sharing objects that connect people with their past we are both preserving history, cultures and traditions and promoting a lasting dialogue in the different countries which our exhibition visits.”