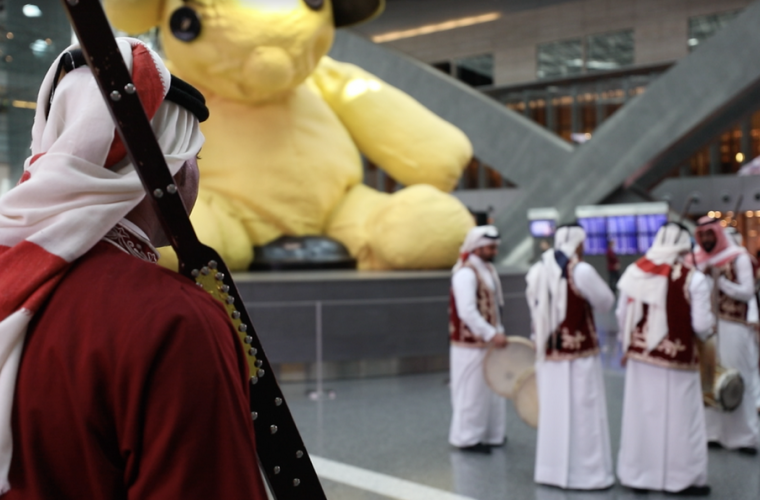 Hamad International Airport (HIA) has kicked-off the festivities for an exceptional Qatar National Day 2017, sharing pride and joy with Qatari nationals, residents and all passengers through the five-star Gateway to Qatar.

The airport terminal has been decorated for the occasion with Qatari flags and adornments and ‘Tamim Al Majd’ insignia along with other manifestations of the Qatar National Day. The airport has also organised a series of traditional activities including a Qatari Jalsa, a traditional Arabic seating area, with a polaroid photo booth, providing passengers flying through HIA with a warm and friendly welcome and a glimpse of the local national pride.

HIA has also partnered with Ministry of Interior, General Auroithy of Customs, immigrations office and Qatar Duty Free to distribute gifts, Arabic Coffee and sweets to the thousands of global passengers travelling through HIA, giving them a taste of Qatar National Day.

HIA and Qatar Tourism Authority have joined hands and organised the traditional Ardha, performed facing the ‘Lamp Bear’ in the Lobby of the Transfers hall. It was performed by 20 men equipped with traditional swords and daggers wearing Qatari costumes, while chanting native poetry verses.

Engr. Badr Mohammed Al Meer, Chief Operating Officer at HIA, stated: “HIA is first and foremost the gateway to Qatar. Qatar National Day is a wonderful opportunity to share our local culture with global passengers by inviting them to take part in the celebrations with festivities organised at every corner of the airport. Qatar National Day is one of many examples of HIA’s creativity in designing a unique passenger experience. We wish joyful celebrations to all our passengers, partners and the residents of Qatar.”

HIA supports the exponential increase in Qatar’s capacity to handle international movements of individuals, goods, capital, and the transfer of knowledge and technology. The airport is a vital element of Qatar’s National Vision 2030, which sets out the roadmap for a unique national transition from reliance on hydrocarbons revenues to a diverse, knowledge-based economy. From its economic benefits to its design and cultural attractions, this vision constitutes a beacon that guides economic, social, human and environmental development of the country in the coming decades.

With its target of serving more than 50 million passengers, HIA is currently a candidate for the “Best Airport in the World” award by Skytrax which also classified it as a five-star airport in 2017, making it one among only five other airports in the world to achieve this prestigious status. Earlier this year, it was ranked Sixth Best Airport in the World by the 2017 Skytrax World Airport Awards, moving up four places from 2016.