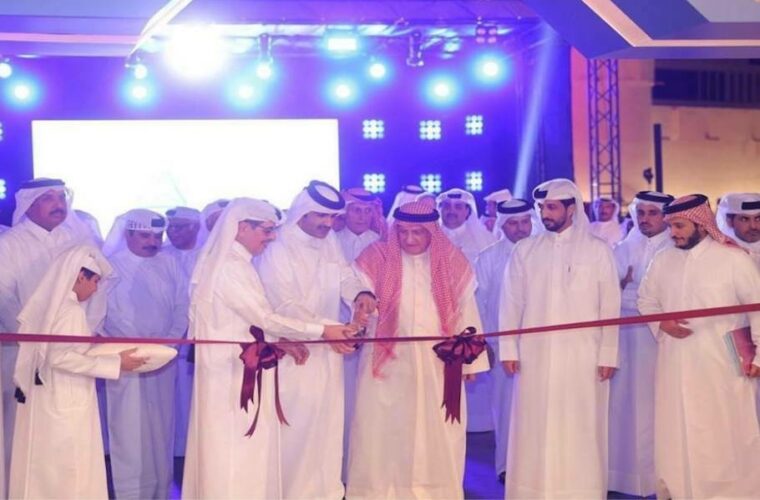 The Ramadan Book Fair was inaugurated on April 8, 2022, by H.E. Minister of Culture Sheikh Abdulrahman bin Hamad bin Jassim bin Hamad Al-Thani. The book fair is organized by the Ministry of Culture, represented by the Qatar Cultural and Heritage Events Center, and will continue until April 16, 2022, in the western square of Souq Waqif.

His Excellency was briefed on the most important publications and titles presented by publishing houses, participating Qatari authorities, and Arab and foreign publishing houses. 35 publishers from Qatar and 9 other countries are participating in the exhibition, which is being held for the first time: Saudi Arabia, Kuwait, Lebanon, Syria, Jordan, Egypt, Turkey, India and Australia.

The opening was attended by H.E. Dr. Hamad bin Abdulaziz Al-Kawari, Minister of State and President of Qatar National Library, and a group of intellectuals, and writers.

It was stated by Dr. Ghanem bin Mubarak Al-Ali, Advisor to H.E the Minister of Culture and Director of Qatar Cultural and Heritage Events Center that the Ramadan Book Fair is an extension of the Doha International Book Fair, as the Ministry of Culture seeks to localize and publish books in Qatar by being in a public place such as Souq Waqif, noting that the exhibition will be organized annually, especially in light of the large public turnout that has appeared since the opening.