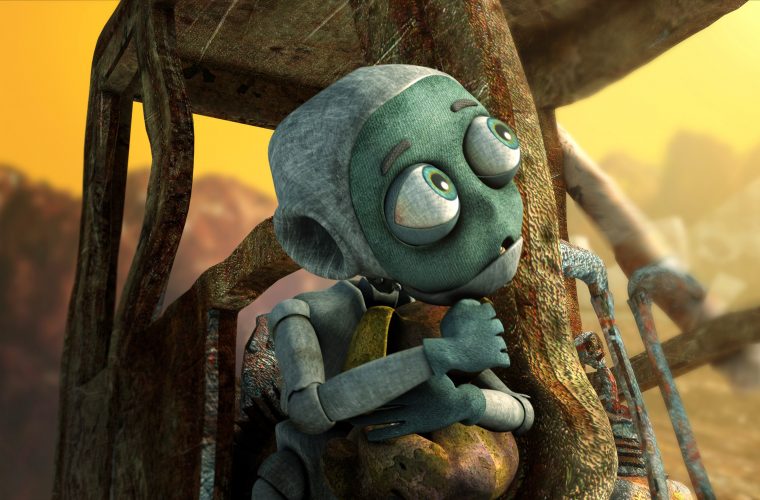 The Doha Film Institute Cinema (DFI Cinema) is bringing two distinctive voices in cinema as part of its Ajyal Film Series screenings on October 4, 2018, at the Museum of Islamic Art Auditorium.

Fatma Al Remaihi, Chief Executive Officer of the Doha Film Institute, said: “The Ajyal Film Series of DFI Cinema keeps the spirit of our annual film festival event throughout the year by offering another opportunity for Qatari audiences to catch up with trend-setting films. We are committed to bringing exceptional cinema that have touched a chord with audiences, and with this series, we are underlining the value of Ajyal in bringing families together. The two films to be presented stand out for their narrative style and creative approach to story-telling, which will appeal to all.”

On October 4 at 6 PM, Walls (2017) directed by a Qatar-based talent Nibu Vasudevan, will be screened followed by a Q&A session with him. An animation film, Walls is set in a decaying world that has become nothing more than a trash heap. Here, a race of skeleton-like, robotic creatures are engaged in a pointless, seemingly endless war. The film gained international acclaim through its participation in global festivals including at the ‘Shortcuts to Qatar’ at Cannes Film Festival 2018.

Following the screening and the Q&A, A Little Princess (USA/1995), directed by the renowned Alfonso Cuarón will be screened. A charming, critically acclaimed children's fantasy, A Little Princess tells the story of 10-year-old Sara Crewe, who has been left in a respected New York City boarding school while her British father heads overseas to fight. Best-known for films such as Harry Potter and the Prisoner of Azkaban (2004), and science fiction thrillers Children of Men (2006) and Gravity (2013), Cuarón is among the most talked-about Mexican filmmakers of his generation.

The film is rated ‘G’ and suitable for general audience. Tickets are priced QR25. Students and Culture Pass by Qatar Museum members can avail of discounted rates of QR20 per person. Tickets are available at DFI Ticket Outlet across the MIA Auditorium and online at www.dohafilminstitute.com