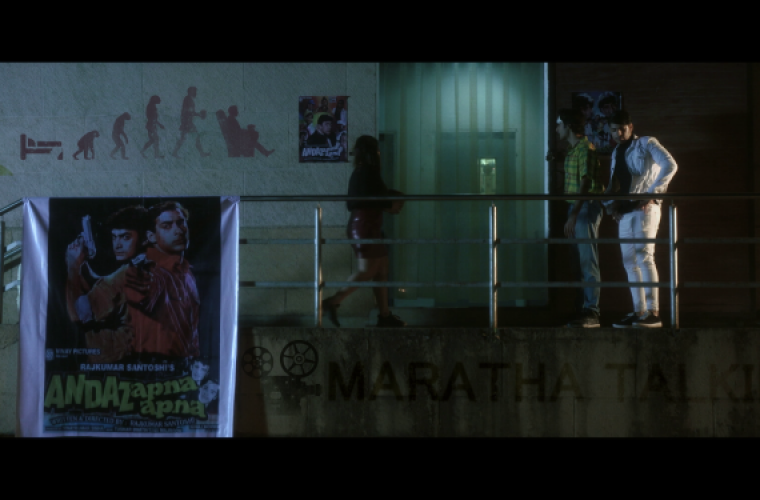 Promoting deeper cultural understanding and appreciation, the seventh edition of Ajyal Film Festival, presented by the Doha Film Institute from 18-23 November, marks the Qatar-India 2019 Year of Culture with an exciting Made in India program of eight short films from the country that offer an insight into modern India and are a testament to the country's rich filmmaking heritage.

Curated by the Institute's cultural partners, The Mumbai Academy of Moving Images (MAMI), the special Made in India program will screen on 21st November at 8.30 PM at Katara Opera House and includes a selection of short narrative and documentary films by up-and-coming Indian directors that present fascinating insight into the country's filmmaking trends, culture and people. A Qatar Museums initiative, the Year of Culture is a year-long program developed to deepen understanding between nations through exchange of arts, culture, heritage and sport.

As part of the initiative, a special Made in Qatar film showcase was successfully screened at the recently concluded 2019 Jio MAMI Mumbai Film Festival with Star. MAMI has also nominated four Indian jurors to participate in the 2019 Ajyal Film Festival.

Festival Director and Chief Executive Officer of DFI Fatma Hassan Al Remaihi, said: "The Qatar India 2019 Year of Culture recognizes the contribution of the Indian community to Qatar and reinforces the significant cultural relationship between our nations. Ajyal's special program shines a spotlight on our cultural partnership with India, one of the most prolific film producers in the world. Using the medium of film to find similarities and contextualize culture through art, this carefully curated selection of short films will promote dialogue between our communities to find a deeper understanding of modern Indian cinema. Uniting two cultures and countries through film allows us celebrate and explore common values and find new stories and talent."

In addition, Ajyal 2019 will also present a special screening of acclaimed actor, director and animator Gitanjali Rao's Bombay Rose (India, France, UK, Qatar/2019), a DFI Grant production. The haunting musical romance set on the streets of Bombay unfolds through exquisite hand-painted animation and storytelling techniques by Rao, who will be in attendance.

The film opened the prestigious Critics Week program at the 2019 Venice Film Festival and won the India Gold Silver Gateway Award and the Manish Acharya Award for New Voices in Indian Cinema at the 2019 Mumbai International Film Festival.