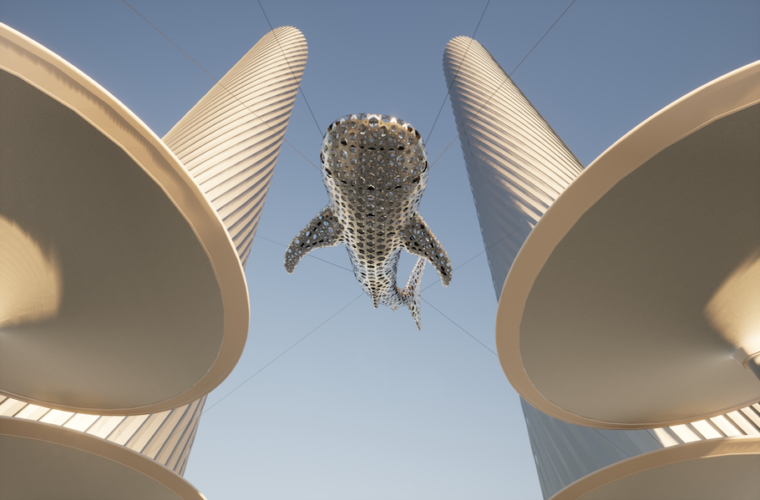 A 30-metre art installation of a whale shark, called Al Nehem, has been unveiled, suspended between the four Lusail Towers, celebrating Lusail’s development and raising awareness for one of the largest endangered animals in the world

As Qatar completes its ﬁnal preparations for the FIFA World Cup™, Qatari Diar has unveiled Al Nehem, created by renowned artist Marco Balich, of the creative Balich Wonder Studio, as a tribute to Qatar’s endangered marine species and a symbol of the country's concern for the conservation and preservation of their natural environment.

Qatar's warm, clean waters are home to one of the planet’s last colonies of whale sharks, part of the unique ecosystem of marine life which calls Qatar home.

Suspended 20 metres above Lusail Plaza between the four Lusail Towers designed by Sir Norman Foster’s architectural ﬁrm, Foster + Partners, the aluminium and steel whale shark is brought to life with lights and music, with a bespoke composition by celebrated maestro Roberto Cacciapaglia.

Abdullah Al Attiyah, CEO, Qatari Diar, said: “The whale shark is one of Qatar’s most iconic creatures, and with visitors from all over the world expected to visit Lusail during the tournament, our hope is that the sculpture will help raise the profile of this endangered species so collectively we advocate to ensure the survival of these majestic creatures in Qatar.”