The dangers of leaving children in cars during summer 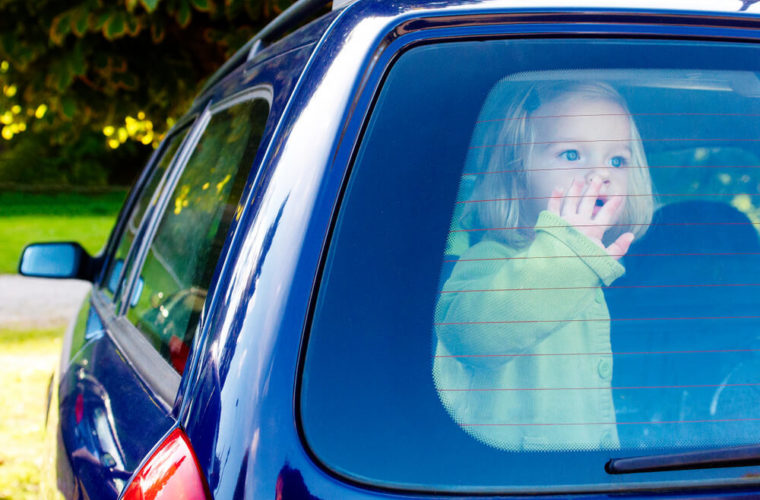 It's summer in Qatar, and that means the temperatures are rising and may go well above the 45 degrees Celsius mark, In fact, in the coming weeks, we'll be seeing more humid and hot weather. During the heatwave, it's very important to keep ourselves safe, and more importantly so, our kids!

Is it really OK to leave a child in the car in the midst of summer in Qatar, even if it's for a few minutes?

Dr. Mohamed Al Amri, Senior Consultant, HMC Pediatric Emergency Medicine warns of the risk of leaving babies and young children unattended in vehicles or other enclosed spaces in Qatar. He says even on a cool day, the temperature inside a car can quickly rise to a dangerous level:

“Children should never be left unattended in a vehicle. Young children left alone in a vehicle may play with the car’s ignition, accidentally stop the engine, or lock themselves in. The temperature in a vehicle parked in direct sunlight can quickly rise, placing occupants at risk of carbon monoxide poisoning as the gas can come through the air conditioner vents. A child left in a hot car is at risk of dehydration, heatstroke, and even death."

In fact, every summer, in Qatar, hundreds of patients are treated at HMC’s Emergency Departments and Pediatric Emergency Centres for heat-related illnesses. Between April and November 2017, over 1,000 heat-related illnesses were reported at Hamad General Hospital’s Emergency Department, with the largest number of patients seen in late August and early September, among them many were children.

"The hot weather can be a danger for everyone, but for children, the dangers are magnified. A child's temperature will rise five times faster than an adult's temperature, especially on hot days.

"With the increasing temperatures, we want to remind the public of the increased health risks associated with children being left in hot cars. The temperature inside a parked car can be as much as 40'C hotter than it is outside. On a cool day, the temperature can be over 20'C hotter. Most of this temperature increase can happen within five minutes, putting children at great risk for high fever, dehydration, seizures, heat stroke, and even death."

Is it OK to leave a child in the car for a short time if it's parked in the shade?

Perhaps we don't realise that parked cars actually get hot very quickly and can rise to dangerous, even fatal levels, even if parked in the shade. If you leave a child in the car, even for a few minutes, it's just not safe.

In fact, the younger the child, the greater their sensitivity to heatstroke, and the faster they can become dehydrated. Deaths from heatstroke can happen even when cars are parked in the shade (the temperature in the car can more than double within a few minutes) and the windows are down. A small opening of 5 centimetres, for example, has little effect on the rising heat.

The colour of the seats and interior of the car also don't have any effect on the rising heat even if they are white or light coloured. Another thing to keep in mind is that even large cars can heat up just as fast as smaller ones.

A child’s body temperature tends to rise five-fold of that of an adult, particularly in hot summer days.If exposed to excessive heat,a child might be subjected to an increased risk of dehydration,fever,convulsions, heat stroke,or even death.#Summer_Tips_Hamad_Medical_Corporation pic.twitter.com/rg4NxfuW94

What can happen if I accidentally forget my child is in the back seat and leave the car?

You may think this is a strange question and how can anyone possibly forget they have a child in the back. But, it's happened many times, not intentionally though. Some children have been left in hot cars unintentionally, with a parent or caregiver forgetting the child is there, often because the child has fallen asleep in the backseat, or because the parent or caregiver is distracted, especially when facing a change from the usual routine. This is extremely dangerous, especially if gone for a long period of time. Many children have died this way because the car starts to heat up, causing dehydration which can lead to heatstroke which may damage the brain and other organs of the body, and eventually, even cause death, if the parent or caregiver is not back for many hours.

With the hot and humid weather expected to continue throughout August and September, the Hamad Trauma Center is warning members of the public about the dangers of leaving children alone in vehicles. https://t.co/5NwbOAO8Nt pic.twitter.com/dx908IJuLA

Many children who have died from heatstroke after being left alone in a car were aged 3 and under, but it has happened to children even as old as 14.

It's a traumatic thing to happen, but it has.

Other risks of leaving a child alone in the car include being trapped in a trunk, setting the car in motion or being taken from the car.

Have children in Qatar died from being left alone in the car during the summer?

Although deaths from heatstrokes of children left in cars is not a common thing in Qatar, there have been some incidents in the past, and to be honest, even one case is one too many.

In 2010, a four-year-old child died after being left locked in a school bus for several hours has made the country
more vigilant, with increased monitoring in schools.

In 2016, Qatari authorities launched an investigation into the death of a four-year-old British girl, after she was reportedly left in a car for a few hours. The child was discovered around midday and was reportedly left in the car since the morning for several hours by a family member who is a teacher (The New Arab).

What can I do to ensure I don't forget my child in the back seat when I get out?

There are things a parent or a caregiver can do to help safeguard against something like this ever happening and protect their child in hot weather.

What other safety precautions can I take to make sure my child doesn't get stuck in the car during the heat?

Parents should always lock their car doors when the car is not in use because sometimes a child may just be playing or be curious when no one is around, and get inside the car. It may be easy for them to get in, but getting back out of the car again may not be that easy. The child may accidentally get locked in the car and not know how to get out. As a parent, you may not notice your child is missing or even think that they may get stuck in the car until it's too late and the temperature inside the car has risen. Hot car deaths have taken place when a child accidentally locks themself in the car.

To avoid just a traumatic scenario, it's best to

What do I do my child is accidentally left in the car for a long time or gets into the car and get's locked inside?

If such a situation does arise:

Do you know heatstroke is the leading cause of non-crash, car-related deaths in children under 15?

Let's tell you how:

According to Dr. Consunji:

"The bottom line is that it is not safe to leave a child unattended in a vehicle for any amount of time, even for a minute. If you must leave your car for any reason, always take your child with you."