The fourth edition of the EFG Sailing Arabia 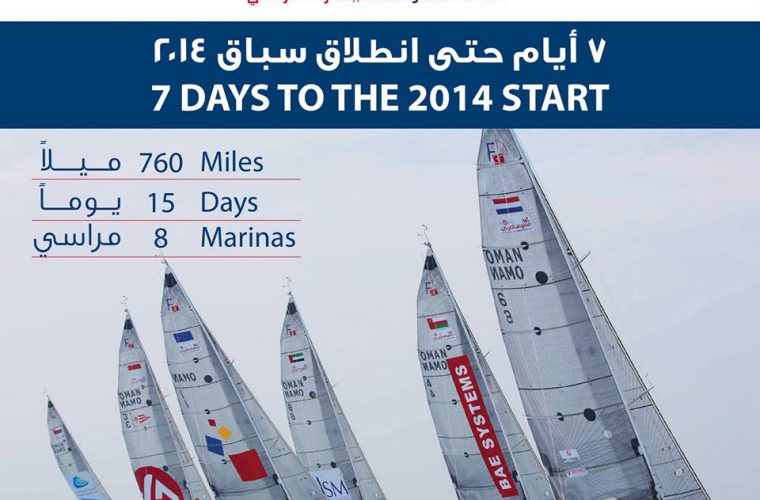 The fourth edition of the EFG Sailing Arabia – The Tour, the Gulf region’s only annual long distance offshore sailing event is scheduled to start from Bahrain on 9 February 2014 and is expected to arrive at Pearl Marina Doha in time for the National Sport Day celebrations on 11 February 2014.

After a successful edition in 2013, this year’s race returns with EFG International, the leading global private banking group, for exhilarating 15 day, 760 nautical mile Gulf coast challenge. The tour will be contested in identical Farr 30 one-design keelboats, calling in at eight stopover world class marinas in four nations, from Bahrain to Qatar and the UAE with the finish in Oman’s capital city, Muscat, on 24 February 2014. Sailing enthusiasts in Qatar will be able to catch the world-class action with in-port racing off the coast of Doha.

The route will traverse the Arabian Peninsula, starting from Manama, Bahrain and end in Muscat, Oman. The tour will visit a total of seven marinas linked to some of the Gulf’s most outstanding waterfront projects. With dates of 9 to 24 February 2014, the tour offers a perfect warm-weather regatta for teams looking to escape a cold winter in Europe, North America or Asia. What started as an alternative Middle Eastern event to the Tour de France à la Voile, has now turned into a regional sporting property that attracts some of the best sailing talent in the world, making Oman and the GCC a sought-after winter venue in the international sailing calendar.

Last year, Team AISM, skippered by Bertrand Pacé, eight time winner of the Tour de France à la Voile, an annual yachting race around the coast of France, was crowned 2013 champions. The 2013 edition hosted top echelon international skippers who rated the regatta among the best in the world. They included Olympian and winning Volvo Ocean Race skipper Sidney Gavignet who was at the helm of the sponsor’s campaign entry EFG Bank (Monaco); British yachtswoman Dee Caffari, the first woman to sail single-handed and non-stop around the world in both directions as skipper of the all women entry Al Thuyara Bank Muscat; Omani Mohsin Al Busaidi, the first Arab to sail non-stop around the world and rising star and skipper of Team Abu Dhabi, Adil Khaled, who competed in the 2008 Olympic Games and the 2011-12 Volvo Ocean race.

For more information on the race, visit Sailing Arabia’s website