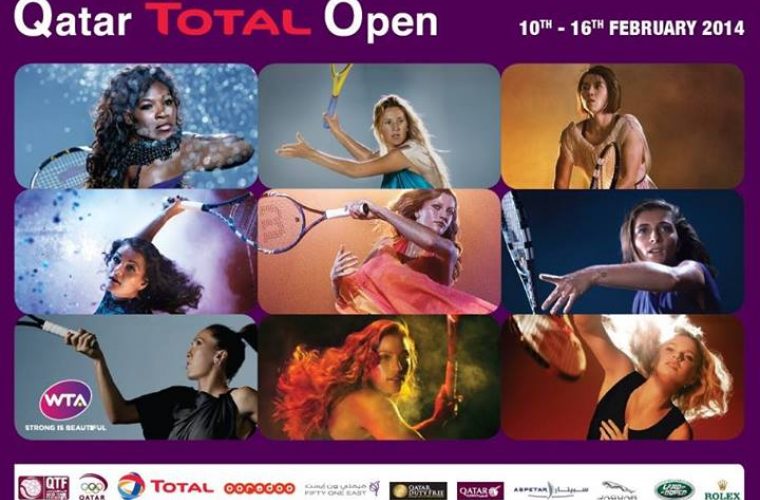 Guillaume Chalmin said, “We are very delighted to be supporting the Qatar Total Open, which is one of the top sporting events in Qatar. After last year’s success, we look forward to calling upon the public to join us in the world-class matches, as well as the various stimulating events that will be made available off-court, and that can appeal to individuals of all backgrounds”.

Saad Al Mohannadi, Tournament Director for the Qatar Total Open, said, “Total’s continued sponsorship of this WTA Premier 5 event highlights the importance of this tournament on the Doha sports calendar. We are honored to kick-start ticket sales for the Qatar Total Open and look forward to the top matches that will be played by the world’s leading players.”

While the ATP first staged a tournament in Qatar in 1993, the Qatar Tennis Federation did not launch what is now known as the Qatar Total Open in Doha until 2001 as the popularity of women's sports was starting to take off in the country. Doha's ultra-modern Khalifa International Tennis Complex also hosted the season-ending WTA Championships from 2008 to 2010.