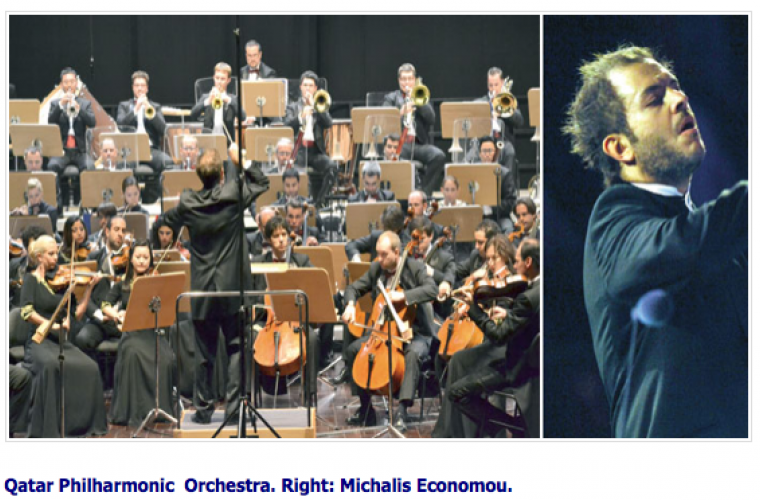 
Michalis Economou will conduct his last public performance as music director of the Qatar Philharmonic Orchestra at Katara Cultural Village Opera House on Wednesday. Sonja Park will be the guest soloist in Wolfgang Amadeus Mozart’s Piano Concerto No 27 in B Flat Major.

The second half of the programme is a symphonic fantasy built around the 1001 Nights, the Arabian Nights, by Nikolai Rimsky-Korsakov, called Scheherazade. The concert opens with Mozart’s Overture to Don Giovanni.

Michalis Economou has taken the Qatar Philharmonic to remarkable places since becoming music director in September 2011. He conducted the orchestra in the United Nations General Assembly in New York, at the World Petroleum Congress and for the COP18/CMP8 Climate Change Conference. He led the first day at the Philharmonic all-day festival, in which he conducted five programmes himself.

During his tenure, the orchestra presented more than a dozen world premieres including Marcel Khalife’s Symphony of Return. Maestro Economou conducted the Philharmonic’s first performances in the Qatar National Convention Centre (QNCC) Theatre. In all, Economou has conducted the orchestra in more than 40 different programmes of music in an extraordinarily busy schedule.

Maestro Economou will be succeeded in September 2013 by Han-Na Chang, who will conduct the Philharmonic this season on June 1 in the Qatar National Convention Centre (QNCC) Theatre in a special concert priced at QR50. The Philharmonic’s next concert is Dvorak’s Seventh Symphony on Saturday, May 11.